Another bummer for the city’s vegan dining scene 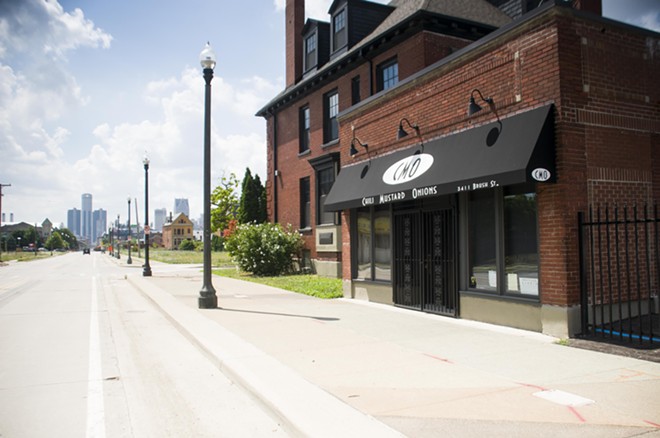 America’s first vegan coney island is getting ready to shut its doors.

Detroit’s Chili Mustard Onions will be closing by the end of this year. Owner Pete LaCombe was busy pumping out orders when we called on Thursday morning but he did confirm the restaurant’s unfortunate fate.

“I don’t have an exact date yet, but we’ll be closing in December,” he says.

While depressing, hope is not totally lost as the business is up for sale at $625,000, so it’s possible someone could buy it and keep it going.

A listing by real estate agency Keller Williams Paint Creek notes “the business has tremendous upside potential as it is only operating for 4 days for limited hours. A new owner could increase the opening hours, relocate the space, or increase the menu, and catering, the options are endless.”

Chili Mustard Onions’ potential did seem endless when Today show host Al Roker visited over the summer during a segment for Family Style with Al Roker on Detroit coneys. He was impressed by the vegan dog, telling LaCombe he had a bright future.

LaCombe wrote in a social media post about the closing that he is planning to manufacture the restaurant’s products for retail and restaurant wholesale, so potential new owners could keep the same recipes we’ve come to love.

“After an incredible 2018 and 2019 we were eyeing expanding and franchising CMO and then 2020 and Covid put everything on hold until things got better,” he wrote. “Need of the Restaurant Revitalization Fund would help us get back to our 2019 days and hours of operation. We unfortunately did not receive the RRF grant...”

He continued, “If you want to open a CMO restaurant, food truck or trailer anywhere in the world I will be available to help from start to finish.”

There aren’t many other places in the city to get a vegan coney dog (though the UFO Factory does serve one). And sure, Honest John’s serves a vegan Reuben with an Impossible pattie and a vegan hani John, but Chili Mustard Onion’s “Brush Park” wrap is a better hani, anyway.

The closure is the latest blow to Detroit’s vegan dining options following the closing of Cass Cafe and Harmony Garden, which both shut after nearly 30 years in the community. Chili Mustard Onions opened in 2018.

If anything happens to Seva or The Kitchen by Cooking With Que, we’re gonna be pissed.