Detroit's Cass Cafe to close for good this month

The cafe and exhibition space was an institution for local artists 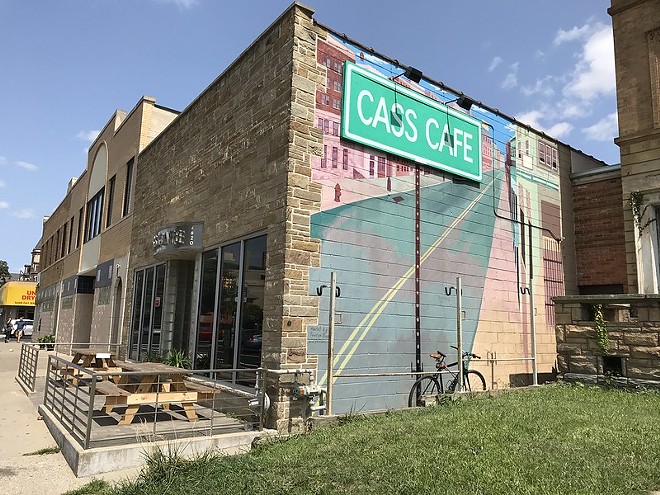 Cass Cafe has been a hub for local artists since the early 1990s. When influential Detroit artist Gilda Snowden died in 2014, her repast was held there. A posthumous retrospect for Rico Africa was held there after his passing earlier this year. It was known as a place where the Detroit art community could gather and mingle, and now it’s closing for good on July 17.

A worker confirmed the closing during a call to the restaurant on Thursday but said they were too inundated with calls and the daily lunch rush to provide any further details at this time.

Detroit artist Senghor Reid was devastated by the news.

“Businesses come and go, but damn, that was one of the last vestiges of Cass Corridor,” he tells us over the phone. “One of the things that made Cass Cafe so special was the fact that you could go there to eat and see very purposeful art exhibitions at the same time whether it be an up-and-coming artist or established artist. There’s no other place like it. So many places throw some art up on the wall, but Cass Cafe had real exhibitions and artists took it seriously.”

The beloved local restaurant was also a hotspot for vegans and vegetarians due to several meatless options on the menu.

Reid’s fondest memory of the cafe was Snowden’s repast where he says the local arts community partied all night.

“All of Detroit, like the whole art community, was there and it was so special,” he says. “To have a place like that where you can have those kinds of memorial and pivotal, wonderful gatherings, close is just terrible. You’d see all types of other artists and writers all there converging at the same time.”