He claimed a congressman, the FBI, CIA, actor Tom Cruise, and Twitter CEO Elon Musk were involved in a child slave rape ring 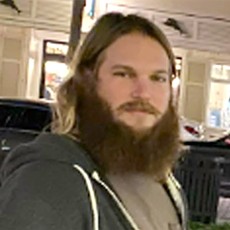 Facebook
Neil Matthew Walter has been charged with threatening a congressman and the FBI director.

A Flint-area man who ranted about a baseless QAnon conspiracy theory was charged with making threats against a congressman and FBI Director Christopher Wray.

Neil Matthew Walter, 32, of Grand Blanc, is accused of leaving a threatening voicemail for Rep. John Garamendi, D-Calif., earlier this month and days later posting a death threat against Wray on an FBI Facebook livestream video.

On a Facebook post, Walter allegedly wrote, “Director Wray is going to die every single day multiple times a day for raping my family over and over and lying to them.”

During the investigation, the FBI discovered a series of recent Facebook posts in which Walter claimed Garamendi, the FBI, CIA, actor Tom Cruise, and Twitter CEO Elon Musk were involved in a child slave rape ring, a popular QAnon conspiracy theory. On one Facebook post, he wrote that Garamendi had raped an infant to death.

“Have a nice life John, your getting put down for life bud,” Walter wrote.

When a detective knocked on Walter’s door for a welfare check on Election Day, he answered with a firearm and initially refused to drop it, according to the affidavit.

“During police contact, Walter went on a rant about kids being raped, a lawsuit with (Russian President Vladimir) Putin, and how he is calling everyone all the time, but not one is doing anything about the kids,” the affidavit states.

The detective said Walter insisted he would use his gun to defend himself against the U.S. government.

Walter’s mother told investigators that her son had been previously involuntarily committed to a mental institution and was refusing to take his medication.

Threats against politicians have been on the rise, especially among supporters of former President Donald Trump.

In the past election cycle an increasing number of Republican extremists have plotted violence against Michigan Democrats. Last month, a member of the Boogaloo Boys, a far-right anti-government extremist group, was arrested by the FBI after he was accused of plotting attacks on politicians and planning to disrupt the Nov. 8 elections.

Multiple men were convicted this year of plotting to kidnap Gov. Gretchen Whitmer.

In February, two Michigan men were accused of threatening Democrats over the presidential election results.

In March, a 21-year-old man was charged with threatening to kill Whitmer, President Joe Biden, and House Speaker Nancy Pelosi.

In 2021, U.S. Rep. Debbie Dingell, a Michigan Democrat, had her Dearborn office vandalized and received a threatening voicemail.

So far, at least 19 Michigan residents have been charged with their role in charging the U.S. Capitol on Jan. 6, 2021.

Most recently, on Oct. 28, Pelosi’s husband Paul Pelosi was attacked in San Francisco by a hammer-wielding intruder who asked, “Where’s Nancy?”