Gov. Gretchen Whitmer drew fire from some on the right after the Michigan Department of Licensing and Regulatory Affairs (LARA) sent a letter last week threatening "administrative action" against doctors who prescribed two experimental drugs that could potentially help coronavirus patients.

The Whitmer administration has since removed the language threatening doctors from the letter and is now asking the federal government to send shipments of the drugs, Bridge magazine reports. The Food and Drug Administration issued an emergency authorization for the antimalarial drugs hydroxychloroquine sulfate and chloroquine phosphate on Saturday. 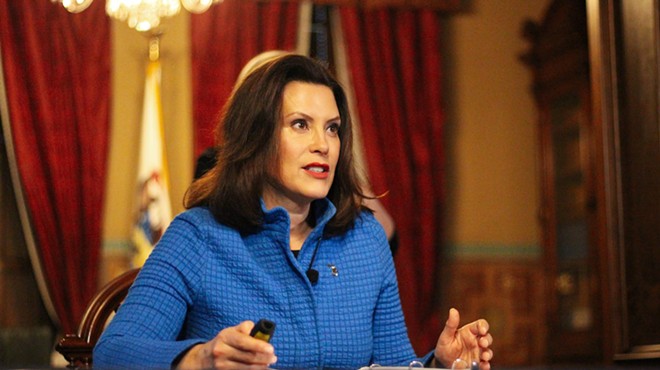 Conservatives, including Charlie Kirk and Rudy Giuliani, accused Whitmer of risking lives to oppose President Donald Trump. In recent weeks, Whitmer and Trump have been sparring on national television over federal aid for Michigan, while Trump has touted the drugs' potential in treating COVID-19.

But apparently, Michigan's "ban" on the drugs to treat coronavirus patients was all just a matter of miscommunication.

Days after LARA issued its first letter, The Detroit News published an op-ed that criticized the Whitmer administration’s prohibition of the drugs.

"Not only is our state’s top leader threatening the selfless health care workers who are on the frontline trying to save lives, but she’s denying possible life-saving medications to actual COVID-19 victims,” the op-ed said.

Some readers criticized the paper for irresponsibly advocating for untested drugs.

But Detroit News editor and publisher Gary Miles defended the column on Monday, pointing out that it revealed a miscommunication between the State Senate and the governor.

Senate Majority Leader Mike Shirkey, a Clarklake Republican, told The Detroit News that he asked the governor to issue the original letter to prevent people from hoarding the drugs and thus depriving non-coronavirus patients of their medicine.

"We needed something to prevent [chloroquine] from becoming the next toilet paper," he told Miles. "I quickly requested of her staff that they put something out, and somehow in the translation it was prohibiting use of these drugs — and that wasn't the intent."

A close read of LARA's original March 24 letter confirms the intent to make sure the drugs were being saved for non-coronavirus patients.

"Prescribing hydroxychloroquine or chloroquine without further proof of efficacy for treating COVID-19 or with the intent to stockpile the drug may create a shortage for patients with lupus, rheumatoid arthritis, or other ailments for which chloroquine and hydroxychloroquine are proven
treatments," the letter reads. "... Again, these are drugs that have not been proven scientifically or medically to treat COVID-19."

Shirkey told Miles he "was grateful for your article ... because it was the first thing that alerted me that it was screwed up."

On Monday, Whitmer said in a press conference that the state wants to be "nimble" and is always updating its policies.

"We want to ensure that doctors have the ability to prescribe these medicines," she said. "We also want to make sure that the people who have prescriptions that predated COVID-19 have access to the medication they need. And so all of the work that we’ve done is trying to strike that balance."

In its approval letter, the FDA wrote that "[b]ased on the totality of scientific evidence available to FDA, it is reasonable to believe that chloroquine phosphate and hydroxychloroquine sulfate may be effective in treating COVID-19."