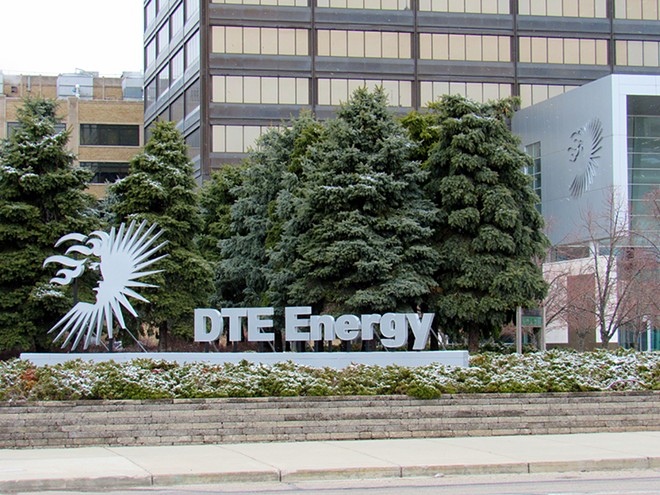 In the days that followed our Nov. 13 cover story investigation into problems with DTE Energy and Consumers Energy, several community leaders posted critical comments below the web version of the story.

One was written by Rev. Horace Sheffield III, a pastor at Detroit's New Destiny Christian Fellowship. Another came from Steve Hood, a Detroit producer whose father was the city's second Black city council member, and whose brother is a reverend at an east-side megachurch.

They charged that the Metro Times story seemed to "fit an agenda" and questioned why it didn't include information about specific DTE programs.

"The people deserve to hear both sides of this issue completely," Hood wrote.

The story even drew repeated accusations from DTE that it was "ghost written" and "possibly paid for by special interest groups."

In reality, DTE is paying its supporters. A quick Google search of Sheffield and DTE revealed that Sheffield is director of the Detroit Association of Black Organizations (DABO). Metro Times checked the DTE Energy Foundation's 2017 donation records and found that DABO received $50,000 in funding — which calls into question the integrity of Sheffield's comments.

In fact, Sheffield and Hood aren't alone. They and other prominent community leaders are publicly pushing DTE talking points while quietly taking hundreds of thousands of dollars from DTE's charitable arm. The move appears to be part of a coordinated DTE effort to influence policy and regulation by fabricating the appearance of grassroots support for its agenda.

In reality, many of the individuals and groups that publicly support the company are effectively on DTE's payroll.

DTE and its paid supporters regularly attack rooftop solar and are active in a variety of public venues. In June, the Michigan Public Services Commission — the state agency that regulates DTE — convened a meeting to gather public input on the company's 15-year energy-delivery plan.

PSC records show about 40 people spoke out against DTE's plan and raised concerns with the company's skyrocketing rates, poor reliability record, and attempts to kill the growing home solar industry.

Nine people spoke in favor of the company's plan, and several questioned the efficiency of renewable energy. Of those, at least five — including Sheffield — had collectively received over $580,000 from the DTE Energy Foundation between 2013 and 2017, according to a report from utility industry watchdog group Energy and Policy Institute, which was verified by Metro Times. Several others who spoke in favor of the plan are otherwise linked to DTE.

Beyond that, Sheffield penned an October letter to the editor at the Michigan Chronicle in which he praised DTE, while Detroit Bishop WL Starghill Jr., who is linked to DTE's dark-money groups, attacked rooftop solar in an op-ed he penned for Bridge magazine early this year. (Sheffield did not return a request for comment.)

Other groups that received money from the DTE Foundation and publicly pushed company talking points include Southwest Detroit's La Sed, the Arab-Chaldean Council, the Detroit Regional Chamber, and New Faith Temple Church of God in Christ. 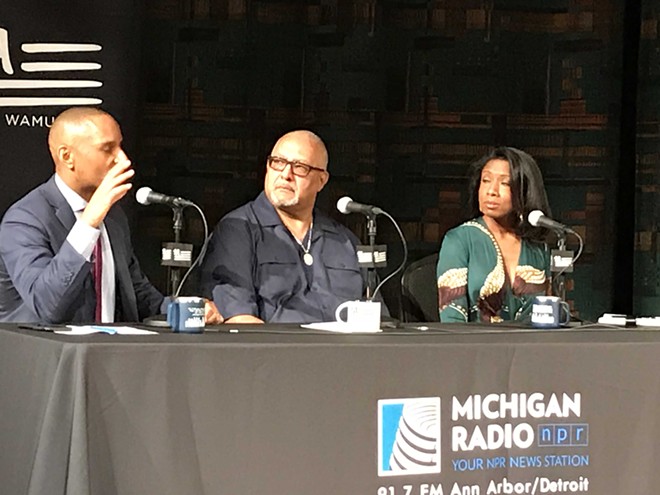 DTE is spending at a time when the stakes are high — it could take a financial hit with an unfavorable ruling from the PSC, while the future of the renewables industry and Michigan's air quality will be decided.

This type of spending isn't unique in the utility industry. The Energy and Policy Institute "documented dozens of cases where the charitable organizations who received contributions from the utility companies took political action on the companies' behalf" and noted that "much of the utilities' charitable activity is geared explicitly to influence politics."

Leaders who take DTE money and regularly push its talking points are largely people of color who represent Detroit and other low-income communities. Those are areas where DTE's service is especially poor, and Detroit customers suffer the most and longest outages in the grid. That's largely because the company failed to update the region's aging infrastructure — state documents show some of its equipment in and around Detroit is 40 years beyond its life expectancy.

Detroiters and lower-income residents also bear the brunt of pollution from DTE's coal plants, and multiple people in Detroit have recently been killed or injured by downed wires.

Community leaders who take DTE money are also largely older and part of a generation who have represented Detroit for decades. That's frustrated some Detroiters, including Antonio Cosme, an educational coordinator for the National Wildlife Federation who spoke at the PSC meeting.

"It's pretty obvious that DTE funds a lot of stuff in the city, so I think you're going to get a lot of folks speaking for our monopoly energy provider," he said at the meeting. "But generally speaking, most citizens of the city and of Wayne County aren't going to speak up for DTE."

However, the company defended its activity and argues that its partnerships benefit Detroit residents. The DTE Energy Foundation gave $15.4 million in 2017 to a wide range of charitable causes and worthy nonprofits across the state.

"The city leaders you mention in your note work every day within the communities they serve and have the best interests of their communities at heart," DTE Energy spokesman Peter Ternes said in a statement when asked if the company coordinates efforts among its donor recipients to fabricate the appearance of grassroots support. "DTE Energy and its Foundation stand by our employees, suppliers, and communities where we live and serve. Our results speak for themselves. We are proud of what the company does in the community for basic human needs, education, workforce development, and economic development while providing clean, affordable, and reliable energy."

The talking points coming from the company, its paid supporters, and the DTE-linked dark-money nonprofit are the same. They claim they strongly oppose renewables because unscrupulous solar companies prey on low-income residents in Detroit with door-to-door sales offers that are bad deals.

They also regularly claim rooftop solar harms low-income residents because it increases costs for those on the grid who don't have panels — a claim that ignores the systemwide benefits of rooftop solar. Notably, DTE's failure to replace aging infrastructure — not rooftop solar — has been driving the company's steep rate increases in recent years. 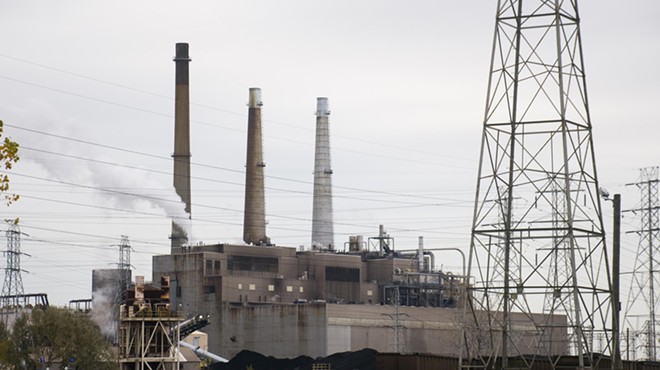 DTE and Consumers Energy are broken and dangerous. Is it time for publicly owned utilities?

Paid supporters and the company further claim that renewable energy is unreliable because "the sun doesn't always shine and [the wind] doesn't always blow." The claim is viewed by critics as misleading and misrepresents how renewable technology works, its costs, and the complexities of DTE's failing grid.

Cosme tells Metro Times it's "extremely disappointing" to see community leaders take DTE's money and parrot their talking points, but he said it's part of a larger systemic problem at a time when government has been rendered ineffective by years of defunding.

"It seems like in the neoliberal era, everyone is out for themselves, including [community leaders]," he says. "That destroys the fabric of the community."

Beyond charitable spending, the company and its employees spend tens of millions of dollars annually on political contributions and funding dark-money nonprofits. Michigan's utility-backed PACs and nonprofits use their financial war chest to oust state politicians who don't support their agenda.

A Metro Times analysis of state campaign-finance records found DTE's PAC gave to nearly every member of the Michigan Legislature during the last three years, spending a total of about $964,000. Meanwhile, former CEO Gerald Anderson gave about $27,000 in total to former Gov. Rick Snyder and Gov. Gretchen Whitmer.