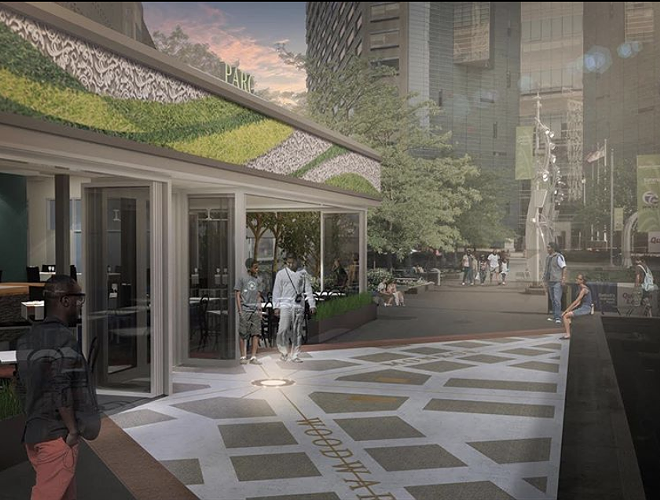 Photo via Instagram, @CampusMartiusPark
If you find yourself mosying through Campus Martius, you might unknowingly stumble onto a historic landmark.

Monday marked the 15th anniversary of Campus Martius Park's groundbreaking. To commemorate, Detroit's Point of Origin received a facelift and a proper unveiling.

After the fire of 1805, it was the task of Judge Agustus Woodward to oversee the planning of streets and squares of Detroit with some help from Canadian surveyors. By using astronomical instruments, a large stone, and observation of planets and meteors to determine "true North," it was then that the point of origin for the City of Detroit was established — in the center of Campus Martius at the junction of Woodward and Monroe.

“The stone has always been there. We took it out only back when we were building the park for only about six months. That stone is in the same place it was put in in the 1800s,” chief public spaces officer with the Downtown Detroit Partnership, Robert Gregory, told The Detroit News.

The Point of Origin plaza is located just outside the front door of the restaurant Parc. The stone is buried about four feet down atop a granite post and is encased in glass that is level with the ground — which means you can see it, but you can't step on it.