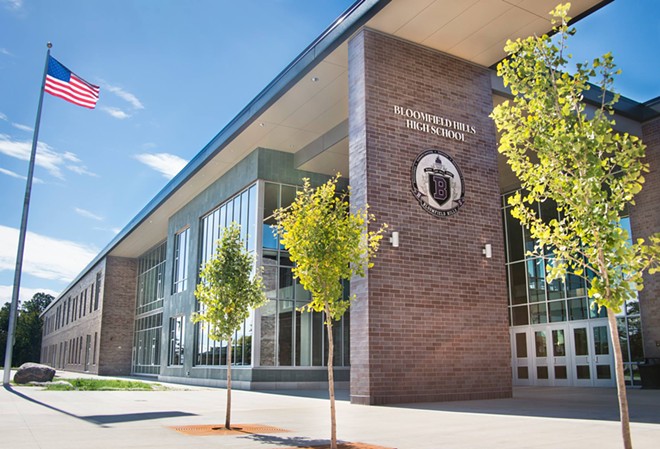 A Black student at Bloomfield Hills High School filed a federal class-action lawsuit on Thursday, accusing the administration of all but ignoring racial discrimination.

The $150 million suit filed in U.S. District Court by an unidentified 15-year-old comes a week after students walked out of school following a series of racist incidents, including “Kill all [n-word]!!] and “All the [N-word] should be dead!!” scrawled on walls at the school.

“As students of color, Plaintiffs and their parents have experienced racist, unfair, hurtful and at times dangerous interactions at BHHS at the hands of both White staff and students,” the lawsuit states. “Despite being notified of race discrimination and related injustices by students and parents, Defendant has failed and continues to fail to take steps reasonably calculated to stop the discrimination and ensure Plaintiff’s safety.”

The lawsuit also alleged disparate discipline of students, with white teenagers getting “second chances when engaging in inappropriate – even racist and bullying – behavior,” while Black students receive harsher punishment such as suspensions or expulsions.

According to the lawsuit, the student says the school has repeatedly downplayed racist incidents. She told a white counselor that a black doll with red lips was hanging from a noose on the second floor of the school, and the counselor dismissed it as a science project by a white teacher. A white student later dragged the doll down the hall in front of Black students.

A teacher also downplayed a white student using the word “nigga,” saying it was “only dark humor,” according to the lawsuit. The student said she regularly hears white students using the n-word” and has complained about it, yet no action is ever taken.

According to the lawsuit, threats against Black students are common on social media, and little is done to address it.

The lawsuit is requesting that a judge order a “prompt, thorough, and complete investigation to determine the source of any and all racist threats and pronouncements,” as well as sensitivity training for students, teachers, staff, and administrators.

The lawsuit alleges violations of the 14th Amendment and the Elliott-Larsen Civil Rights Act.