African Americans — one of the groups that have been harmed the most by the War on Drugs — remain underrepresented in Michigan's new legal cannabis industry.

In 2020, only 4% of the respondents of a survey of cannabis license holders conducted by Michigan’s Department of Licensing and Regulatory Affairs identified as Black, though the group makes up 14% of the state’s population. High start-up costs are to blame for limiting who can enter the industry, though some municipalities have social equity programs that offer reduced fees for minority groups, as well as for people with previous drug offenses.

Meanwhile, Detroit, the biggest Black city in the country, stepped into the recreational marijuana game pretty late, recently approving an ordinance for its use. Despite the challenges, these Black Michiganders are helping to shift what the cannabis industry looks like, one bud at a time. —Lee DeVito, Alex Washington, and Jerilyn Jordan

It's a family affair: Premiere Provisions is owned by Kenneth Bryant Jr and son his Aaron, with his other son Kenneth Bryant III serving as the store's purchase manager. The business started in 2017 in Ann Arbor, but soon moved to Big Rapids, where they now offer medical and recreational pot. "We like to think of ourselves more like a Foot Locker," Kenneth Bryant III says. "Everybody else is trying to be Nike, they want to manufacture their own stuff, but we want to bring in all the coolest brands into one store."

Calyxeum is a Black woman-owned medical cannabis growing and processing business in the 7th District on Detroit's west side. Headed by Latoyia Rucker and Rebecca Colett, Calyxeum is creating a minority inclusive space in the cannabis cultivation and processing industry.

Brandon Riley, co-founder of Nobel Road, says he got into the industry because he noticed there were very few Black people in the edible market. “There's a real shortage, and it's a problem,” he says. What started as an idea on a golf course became a reality thanks to Riley’s experience in hospitality and his partner’s experience in beverage service. Together, they have come to offer cannabis-infused cookies, with flavors including peanut butter, chocolate chip, and molasses, as well as gummies and distillates, out of a historic bakery in Lansing. But Riley says Noble Road wasn’t necessarily an easy road, adding that he and his partner “bootstrapped the whole thing” without much seed money. He says that not having access to capital is what keeps the cannabis industry from being more inclusive. “It's a very capital-intensive industry,” he says. “And if you don't have those relationships, that's the first biggest hurdle.” Noble Roads offers its products in dozens of metro Detroit dispensaries and will roll out seasonal flavors for the holidays, like pumpkin, candy cane, and sugar cookies.

When Detroit native Jujuan "Funk" Coleman came up with a logo for his cannabis company Funky Extracts, he picked a smelly sock. "When you speak of cannabis, 'funk' is good," he says. "So I correlated 'funk' with the quality of our products." Coleman doesn't shy away from the, let's say, dank aspect of marijuana. Once he started making cannabis-infused gummies, he decided to use full spectrum cannabis oil as opposed to a cannabis oil distillate. That means his gummies have more of a cannabis taste, but the effects last longer. Made with a partnership with Farmington Hills-based Pincanna at their facility in Pinconning, the products are available only for medical marijuana customers for now. His initial offerings include fruit punch, orange, green apple strawberry, and grape flavors, with more on the way, "but I want to save the best for last," he says. For now, his products are carried at Gage Cannabis Co. stores across the state, at the Pincanna Market in Kalkaska, and Green Genie and Green Pharm in Detroit.

Photo via Mother of Green/Instagram

Lil’ Blade, the son of late Detroit rapper Blade Icewood, partnered with HYMAN Cannabis to produce a strain in honor of his father. The strain, Platinum Rose, is the first step in what Lil’ Blade says is his way of cementing Blade Icewood’s legacy and developing Icewood as a brand.

The strain is available at a variety of local dispensaries and a complete list can be found here.

Michigan Agricultural Services is dedicated to the development and cultivation of cannabis in Michigan. It broke ground last spring on a $6 million growing and processing facility in Inkster. The facility, located at 2615 Bayhan, will operate as both a medical and recreational cannabis facility.

Blk Sapote is a no-smoke cannabis experience that uses hemp teas, and aims to expand the traditional thinking around cannabis use. The brand was founded by childhood friends, Ashley Parks and Courtnie Pierce, and works to curate experiences and provide a luxurious cannabis experience to members of their “High Tribe.”

Vertra Stephens, owner of 1st Quality Medz in River Rouge, was the first to open a recreational dispensary in Wayne County — Michigan’s most populous county. Stephens is CEO of PTN Group, which operates the dispensary and a cultivation center. Upon opening, she says the demand for recreational marijuana was high, and her dispensary services more recreational customers than medical ones. “There’s a very strong demand,” Stephens says. “We have some great products here. I am a proponent of natural products.” Offering both a medical and recreational menu, 1st Quality Medz has a variety of flower, edibles, tinctures, and concentrates.

When talking about iconic combinations, most people might start with a classic like peanut butter and jelly or popcorn and a movie.…

The annual celebration of the sweet leaf, the Hash Bash and Monroe Street Fair, officially returned to Ann Arbor for the first… 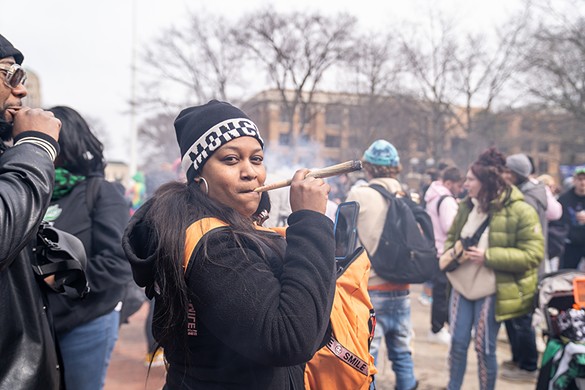 See more winners in our Best of Detroit 2021 issue. 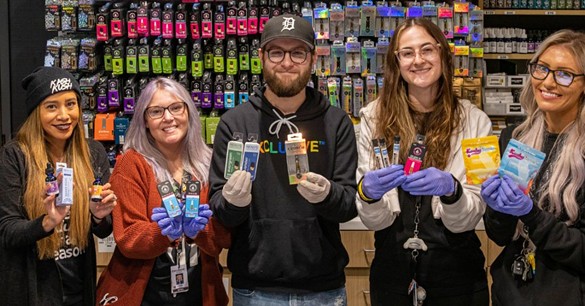 Built in 1885 by former Michigan Secretary of State Daniel Striker (1871-75), this Queen Anne-style home stands proudly in Hastings, Michigan. For… 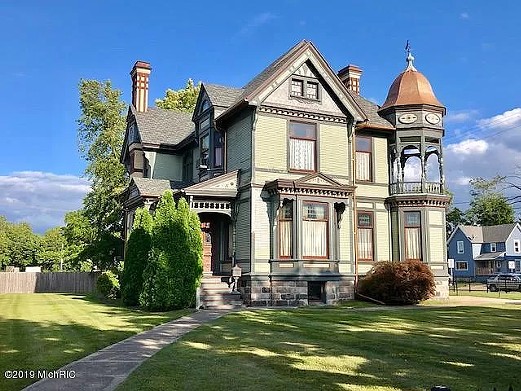 Since Michigan legalized recreational marijuana for adult use in 2018, every day is 4/20 and for that, we feel #Blessed. That's right,… 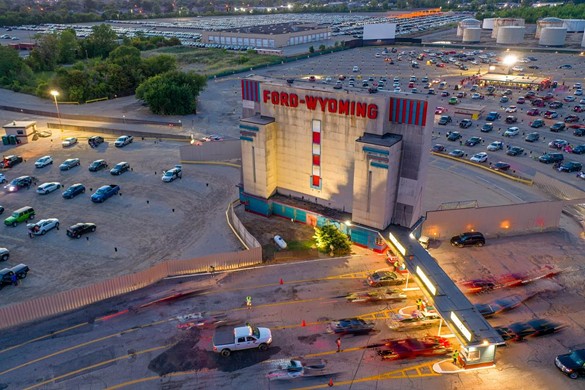 Extreme sports. Brain surgery. Beating The Nameless King in Dark Souls 3. What do these things have in common? They all require… 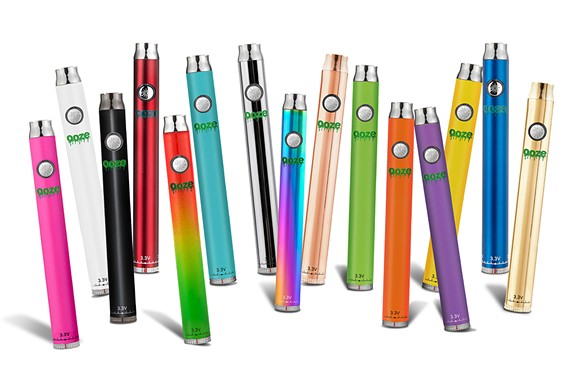