While other Michigan communities have allowed rec weed sales for years, Detroit has been stuck on how to introduce social equity measures 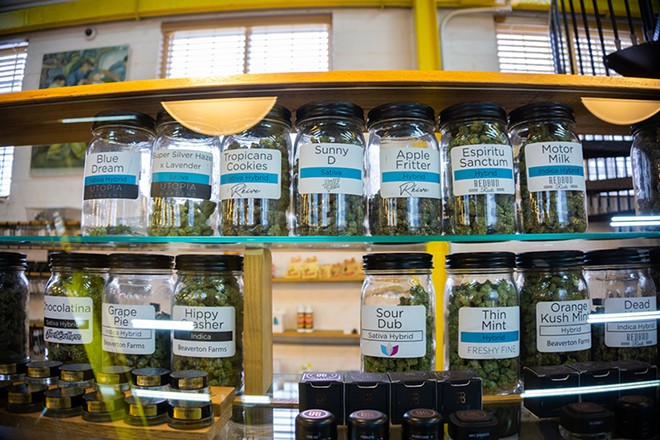 Detroit City Council approved the new ordinance on Tuesday in an 8-1 vote, with only Mary Waters voting against it.

"I am thankful that Detroit will finally join the 23 municipalities in Michigan that have allowed adult-use cannabis licensing within its borders," the ordinance's sponsor, Council President Pro Tem James Tate, said in a statement. “But the goal has never been to simply have licensing within the city, but to create policy that works to address the inequities that so many Detroiters have experienced trying to pursue an opportunity in this industry.”

Michigan voters approved adult-use cannabis sales in 2018, and communities across the state have since allowed dispensaries to open and sell to anyone age 21 or older as long as the communities chose to opt-in.

Adult-use sales in Detroit were delayed, however, when a federal judge last year deemed a social equity program proposed by Tate to give long-time Detroiters a leg-up in the industry to be "likely unconstitutional."

Under the original proposal, long-time city residents, or "legacy" Detroiters, would have been given priority in licensing, with the reason being that communities like Detroit have been harmed the most by the war on drugs. But a Detroit resident who lived in Detroit for the past 11 years filed a lawsuit against the city, arguing that she would likely be denied an opportunity to obtain a license under the ordinance.

The new ordinance avoids this conflict by creating two tracks for licenses so that "equity" and "non-equity" applicants aren't competing with each other.

Under the new ordinance, a total of 100 retail licenses will be available, half of which will be reserved for social equity applicants.

This should be welcome news to Detroit, at least in terms of tax revenue generated. Last month, Michigan's Department of Treasury said it was disbursing more than $42.2 million generated from adult-use cannabis sales taxes to municipalities across the state.

The city's Civil Rights, Inclusion, and Opportunity Department will submit a resolution to City Council to request opening a limited license application phase, which Council will then vote on.

Applications for adult-use licensing could begin as early as April 20, 2022.

"This legislation is a long time coming for sure," Tate said. "After years of experiencing families being ripped apart by the failed 'War on Drugs,' our residents will now have an opportunity to build generational wealth from the same plant that law enforcement used to cause enormous pain within our community."

This story was updated with a statement from Tate and additional information.