Paddy Lynch doesn’t play when it comes to self-care. He also has a thing for historic churches.

He co-owns The Schvitz, Detroit’s bathhouse with a steamy past, and a former nunnery-turned-wellness oasis called The Convent. Now, the third-generation funeral director is gearing up to open Lynch and Sons Healing Center inside a Romanian Catholic church.

“The healing center will certainly have traditional counseling and support group options,” Lynch said in a press release. “But not everyone is interested in traditional talk therapy. That’s why you’ll also see an emphasis on guided meditation and breath work, sound therapy, yoga, and other methods of healing. We also handle a lot of miscarriage and stillbirth losses, which are some of our culture’s most overlooked sources of grief. So there will be a focus on that as well.”

Lynch emphasizes that while some of the programming “might be spiritual in nature, the healing center is a non-religious initiative open to people of all backgrounds and identities.”

Brigid Lynch, Paddy’s aunt and a licensed bereavement counselor, will also assist in providing aftercare services at the healing center. The Lynch family operates one of the largest family-owned funeral businesses in the country with seven funeral homes across metro Detroit and more than 20 family members working for the firm. 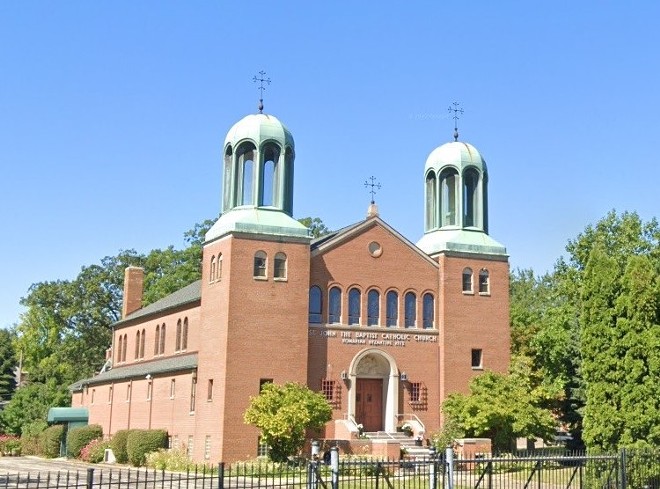 Courtesy of Paddy Lynch
Despite being inside St. John the Baptist Church, the center is a non-religious initiative.

“Too many people are suffering alone in their grief, feeling hopeless, isolated and misunderstood,” Brigid said in a statement. “Our community has rising needs but limited resources. I’m proud of our family for recognizing these needs and responding with the healing center. It will give grievers a place to feel heard and be supported through a variety of offerings.”

The family says it has seen an increase in suicide, overdose, and other “deaths of despair” since the onset of COVID-19, and hopes the Healing Center will help ease some stress for the bereaved.

Lynch and Sons Healing Center will be located at the St. John the Baptist Church at 20521 Woodward Ave. An opening reception is slated for Saturday, Dec. 10 from 2-7 p.m. Full programming will commence in January of 2023 with free public offerings every Monday.

More info is at lynchfuneraldirectors.com.