Performance art on steroids — the mind-bending visual theater of Momix 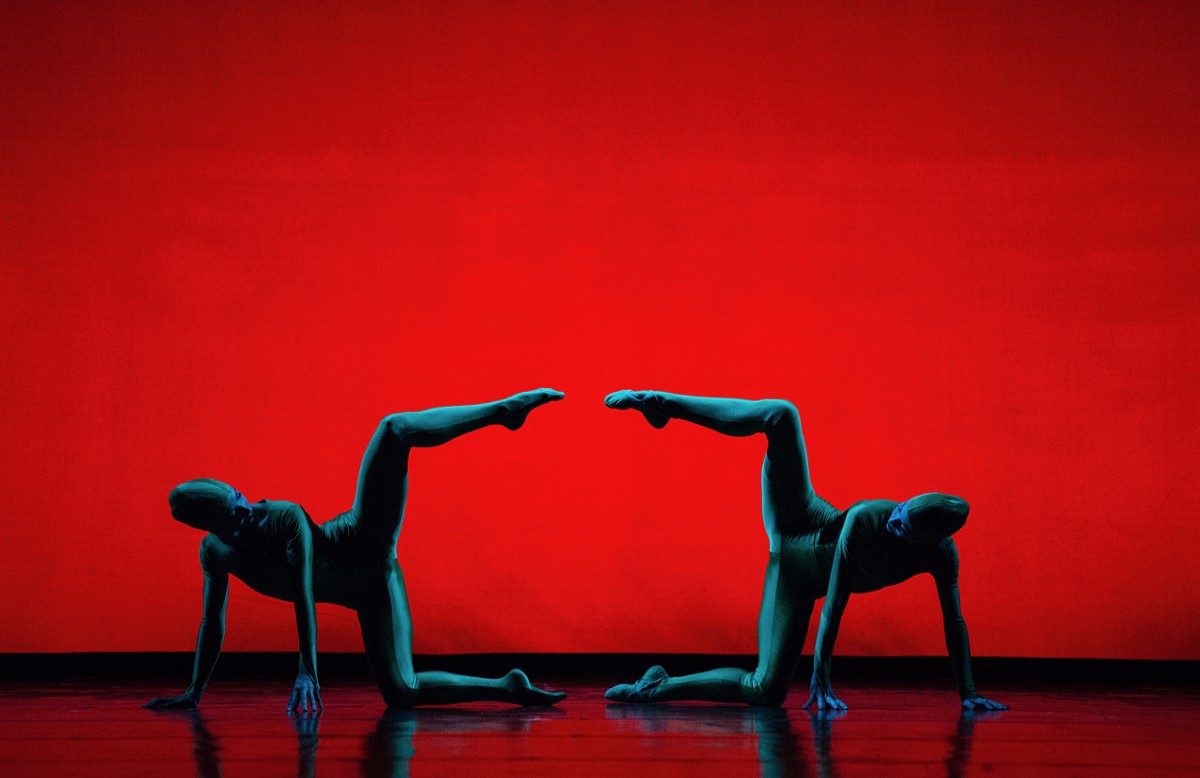 Contemporary dance seems too stodgy and generic a label, yet mere eye candy is far too trite to describe Momix. It's been a while since they have toured, and fans (which would include most anyone who has ever seen them before) have no doubt already snatched up their seats. There is an excitement felt throughout the venue before the curtains go up — mass anticipation of the expected mind-blowing visual trip that is not going to fit in the confines of a theater.

I was reluctantly dragged to see Momix my first time. I feared an evening of boredom — art can be a scary word and muscle memory recalls ass-squirming in seats for various art performances. I was not expecting the "mind = blown" experience, which seems to be the general consensus of any Momix production. Momix is true performance art: engaging yet so entertaining it should also be considered entertainment.

Momix was created by "a series of accidents, like most everything in life," explains founder Moses Pendleton, a self-described New England farm boy, who, after breaking his leg in a skiing accident, took up dance at Dartmouth to help heal. His final project was to create his own production for the class, and from this experience Pendleton became one of the founders of the seminal dance company, Pilobolus. Momix splintered off from Pilobolus in 1981 and began a series of productions which have taken them around the world.

I spoke with Pendleton from his Connecticut headquarters, where he explained his company's aesthetic. "I see Momix as a visual physical theater," he says. "It uses dance, it uses acrobatics, gymnastics, and highly athletic dancers... but it also uses costumes and lighting and sound and props, almost on an equal level, to give you that overall kind of visual physical theater."

In layperson terms, it's fast-moving, ever-changing, and never boring. The audience is bombarded with effects, lighting, and visual trickery, while impossibly talented dancers perform lush illusionary moves to an entrancing soundscape. In so many ways, Momix has more in common with Cirque du Soleil than a modern ballet or dance, which explains the popularity of the company.

"It's a theater of images that move through time and space," Pendleton says. "You could call it dance, but it's visuals moving musically. It doesn't really tell a story, but it kind of reflects the reality of fantasy, which is kind of our working idea. People don't have to expect a lot out of Momix, except to take a trip."

Pendleton created Opus Cactus after he was commissioned by Ballet Arizona to create a piece inspired by the flora and fauna of the American Southwest desert. He was so taken by the desert that he expanded it into a full evening program, which was turned into a Momix production 10 years ago. Today Pendleton has recreated the piece, with "a new look, fresh energy, and fun surprises."

Pendleton reveals what's in store: "It has several sections, it's kind of like an album with several singles — side A, side B. There is not an overall story so much as an impression, as if someone were walking in the desert botanical garden and you don't know what's coming next. Hopefully it's not a rattlesnake you are stepping on," he laughs. "But it is these surreal vaudeville acts that are connected thematically to the desert that keep flowing in front of your eyes."

"It's more ancient than contemporary," Pendleton elaborates. "We draw on nature and that nature precedes humans. So I made contact with sunlight and cacti and rock formations and the strange illusions in the Sonoran Desert of the Southwest U.S. as an inspiration, and that takes us further back. I look at myself almost as an archaeologist going on a dig. And sometime if you scrape the human, ever so slightly, you see that we're more cactus or aardvark or something else."

"So it's kind of the basis of my aesthetic," he says. "Momix's aesthetic is to make contact, to have the human make contact with the non-human — the plant and animal and the mineral, in this particular case it's the cactus we are focusing in on, and seeing what connections the human form has, both emotionally and physically."

If that sounds a little new age, remember the visuals of Momix are more akin to dropping a hit of LSD 25 before that walk in the desert.

Pendleton sums it up: "Hopefully the audience walks out with a little less gravity in their step and we've all had a good time."