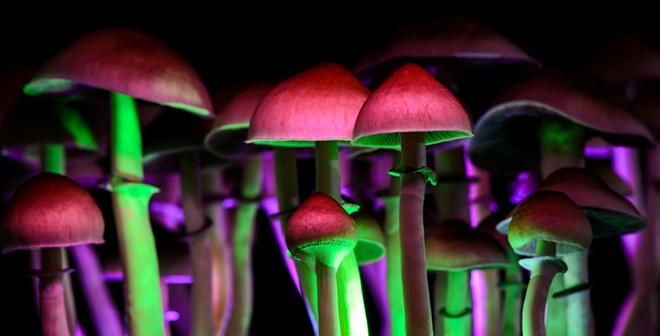 In a series of tweets, Savit cited the cost of cannabis criminalization as it relates to disproportionate consequences for people of color as being a motivating factor in his motions to establish new policies. Savit also said he supports efforts to expunge criminal convictions relating to the substances.

In addition to the societal consequences, Savit defended the medicinal benefits of both marijuana and plants and fungus with naturally occurring psychedelic effects — like psilocybin mushrooms, which were decriminalized in Ann Arbor last September, making them the county's “lowest law enforcement priority.” Savit says to continue prosecuting entheogenic plant use or possession is “unjust.”

“America’s long experiment with cannabis criminalization has failed,” he says. “For nearly 100 years, cannabis has been functionally illegal in the United States — tethering countless Americans to the criminal justice system, and imposing severe collateral consequences.”

The policy also states that because Michigan has “positioned itself as a leader” in the legalization of marijuana, it should not continue to punish those for activities that are no longer considered crimes, comparing unjust drug conviction policies to a “cruel roulette wheel that imposes criminal consequences only on an unlucky few.”

As for entheogenic plants, the directive states that the prosecutor's office will no longer prosecute the “possession, use, or cultivation” of naturally occurring psychedelic plants, as they do not pose a risk of addiction or overdose and are not associated with violent behavior. In fact, the directive continues, “the use of psilocybin mushrooms has been associated with reduced partner violence in men.”

“In other words: the status quo is that a significant number of Washtenaw residents safely use entheogenic plants,” the policy reads. “Only an unlucky few run afoul of the criminal justice system as a result of that use. The Prosecutor’s Office is committed to ending that arbitrariness and accordingly will no longer prosecute the possession, use, or cultivation of entheogenic plants.”

The directive also clarifies that driving under the influence of these substances is still subject to prosecution, as are large-scale, profit-seeking enterprises that flout safety laws, as well as adults who sell drugs to children. However, the policy also aims to make it so that those in need of emergency services as a result of having used psychedelic plants can receive the care they need without worrying about criminal consequences.