STIIIZY’s flower is known for packing a punch 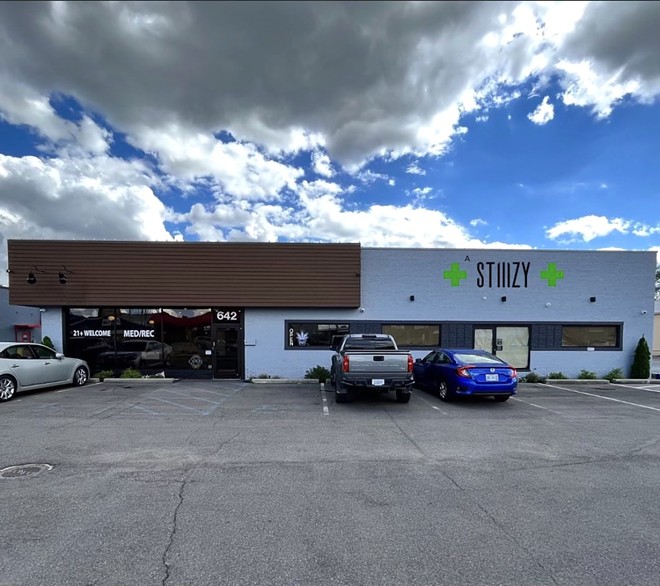 Courtesy photo
STIIIZY chose Ferndale for the location of its first dispensary outside of California.

STIIIZY, a popular cannabis brand based in California, is opening its first recreational dispensary in Michigan.

The company chose Ferndale as its first location outside of California.

The 9,866-square-foot dispensary will feature the company’s signature flower, concentrates, pods, and infused blunts and pre-rolls, along with other cannabis products like edibles, vapes, and topicals.

STIIIZY’s flower is known for packing a punch. The Gelato x High Fade strain, for example, is a whopping 34.89% THC.

STIIIZY also has a product line of infused pre-rolls and blunts called 40’s (because each one offers at lease 40% cannabinoids).

The company is known for more than its cannabis. STIIIZY also sells skateboard decks, a clothing line, and smoking accessories.

At Saturday’s grand opening, STIIIZY will be handing out freebies and will entertain customers with music, food trucks, discounts, and games with prizes. Rappers Torey Lanez, Icewear Vezzo, Snap Dogg, and Stewe will also be on hand for a meet-and-greet.

The first 100 customers will receive a STIIIZY Ferndale shirt and a giant, engraved bong.

“It’s going to be an event where you could spend a couple hours there and not get bored,” Jundt says. “Our store experience is unlike anything else.”

Jundt says the company chose Michigan because its recreational market is hot.

“If you look at the trends between Michigan and California, they are actually very similar marketplaces,” Jundt says. "Michigan is one of the fastest growing markets in the United States for recreational cannabis. The demand for cannabis goes up month over month, and sales go up month over month."

“The STIIIZY cannabis shopping experience will be controlled, efficient, and fun in our state-of-the-art, one-of-a-kind Michigan facility, and we welcome one and all as we always put our customers’ satisfaction and safety first,” Jundt says. “STIIIZY will also be very involved in Ferndale immediately and surrounding communities, looking for charitable opportunities to give back.”