Whitmer commutes sentence of Michael Thompson, put behind bars for up to 60 years after selling marijuana 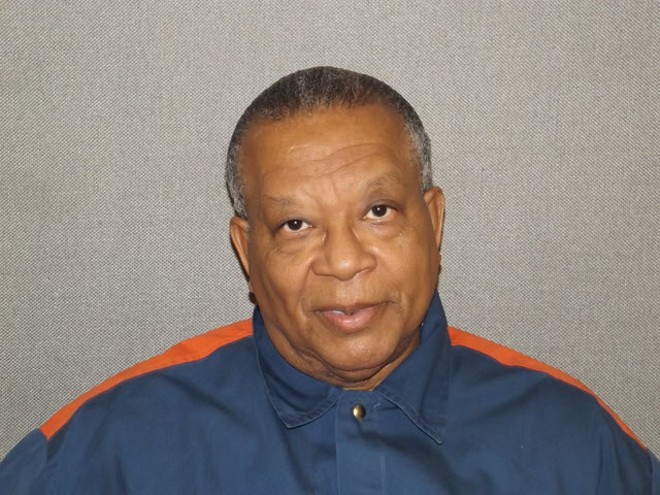 Michigan Department of Corrections
Michael Thompson was sentenced to up to 60 years in prison.

Governor Gretchen Whitmer granted requests for clemency for four people who were put behind bars due to the War on Drugs, including Michael Thompson, who was sentenced in 1996 to up to 60 years in prison after selling marijuana to an undercover cop.

After Michigan voters approved marijuana for adult-use in 2018, activists have put pressure on Whitmer to commute the sentences of those imprisoned for doing something that is now legal, as well as to expunge marijuana-related criminal records. In October, Whitmer signed a "clean slate" package of bills to remove pot-related convictions from the records of up to 234,000 Michigan residents.

"For far too long, the so-called 'tough on crime' and 'war on drugs' eras of criminal justice have led to fractured families and broken communities that make our state less safe, particularly for people of color in Michigan," Lt. Gov. Garlin Gilchrist II said in a statement. "Our administration has spent the last two years delivering bipartisan solutions to improve the criminal justice system in a way that levels the playing field for individuals who have committed nonviolent offenses. We will continue to find ways to provide second chances for everyone, which will make our families, neighborhoods, and communities are safer and stronger."

Others prisoners who had their sentences commuted include Lawrence Cadroy, Lorenzo Garrett, and Larry McGhee.

The commutations were recommended by the Michigan Parole Board. According to a press release, all four are eligible for parole.

"These commutations offer a second chance to four individuals who have accepted responsibility and paid their debts to society and whose sentences span decades for non-violent offenses," Whitmer said in a statement. "We still have a lot of work to do, but today is a step in the right direction, and I’m confident that Michigan can continue to be a national leader in smart justice."

Michael Thompson was sentenced on May 31, 1996 to 40-60 years in prison for firearms possession by a felon after selling three pounds of marijuana to an undercover cop. He served 22 years on a sentence that was scheduled for an earliest release date of 2038.

Cadroy was sentenced on March 30, 1999 to life in prison for drug possession. He served 21 years on a sentence that was scheduled for an earliest release date of 2030.

Garrett was sentenced on May 5, 1999 to 29-170 years in prison for selling drugs. He served 22 years on a sentence that was scheduled for an earliest release date of 2027.

McGhee was sentenced on July 1, 2004 to 20-30 years in prison for selling drugs. He served 16 years on a sentence that was scheduled for an earliest release date of 2024.