As Lizzo would say, it’s about damn time 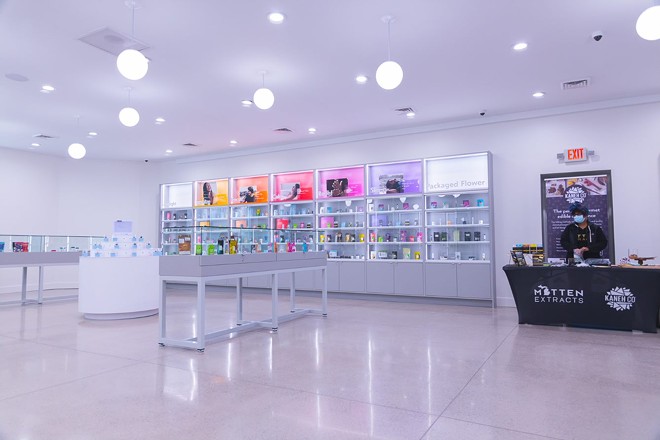 Adult-use cannabis sales are finally legal in Detroit, which means we no longer have to drive to the suburbs to get our weed.

Approved dispensaries that previously required medical cards are rolling out recreational sales, including Cloud Cannabis. The brand announced it will be selling adult-use cannabis at its Detroit location at 16001 Mack Ave. on Friday.

House of Dank and DaCut, which is a Black-owned dispensary, were the first Detroit pot shops to add recreational weed earlier this week after receiving final approval from the state of Michigan.

“Today marks the beginning of an exciting new period for both Cloud and the city of Detroit,” Jacob Saboo, co-founder and head of retail at Cloud Cannabis, said in a media release. “We are proud to bring our premier retail experience to the city's recreational customers, while sharing meaningful insights in cannabis education and a first-class portfolio of products with the local community. With big things ahead for Cloud in 2023, we couldn't think of a better way to kick off the new year.”

Detroiters have been waiting to buy recreational weed within city limits since Michigan voters approved adult-use cannabis in 2018. Detroit had a hard time passing a cannabis ordinance that focused on social equity for longtime residents and those most impacted by the war on drugs.

After several lawsuits and a rewritten ordinance that paves a way for both equity and non-equity applicants, we finally made it.

Cloud Cannabis opened its Detroit shop in 2021. More information is available at cloudcannabis.com.

The city approved 33 applications for recreational weed sales in the first round.

After living in Japan and traveling across Asia, Randiah Camille Green realized Detroit will always be home. And when she says Detroit, she's talking about the hood, not the suburbs. She has bylines in Planet Detroit News , Bridge Detroit , BLAC magazine, and Model D . Her favorite pastimes are meditating...
Scroll to read more Cannabis News articles