Better pay and more diversity are also sought by the workers 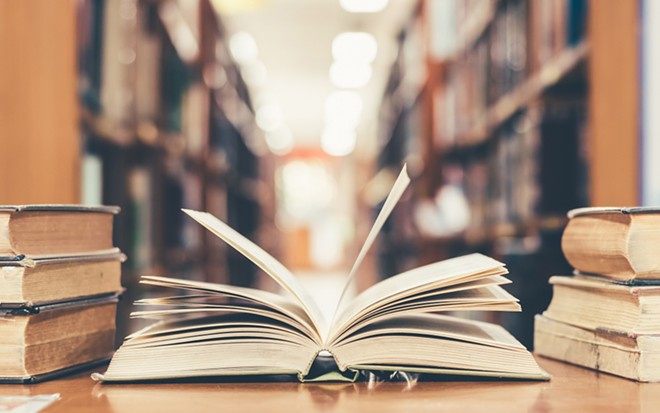 Shutterstock
Workers at the Ferndale Area District Library are trying to unionize.

Workers at the Ferndale Area District Library have united to join a union as libraries across the nation are coming under attack by far-right advocates of censorship.

Of the 22 eligible workers, 17 have agreed to join the Newspaper Guild of Detroit. If all goes as planned, the library would be the first in metro Detroit to team up with the Newspaper Guild, which also represents the Detroit Free Press and Detroit News.

The primary goals are more pay equity and gender and racial diversity. Pages and circulation specialists, for example, make far less than librarians.

“It’s a problem throughout librarianship. There is a hierarchy,” Mary Grahame Hunter, a youth librarian and a member of the union organizing committee, tells Metro Times. “We would fall apart without the pages and circulation specialists. Without them, we don’t have a library. A lot of us say it doesn’t feel fair that their labor is devalued.”

The growing movement nationwide to censors books also spurred action among library workers. Although workers have a good relationship with the library board and the director, Hunter says it’s important to have a union in case that would change in the future.

“There has been an enormous hike in censorship from hostile library boards, and seeing that really made me say, ‘You know what, a union safeguards workers,’” Hunter says. “We have a really supportive board and director, but nobody stays in their jobs forever. It has been in the backs of our minds, ‘What happens in the next board election or what if our director retires?’”

The workers have petitioned the library board to recognize the union. The board is expected to take up the issue on Thursday.

If the board declines to recognize the union, the National Labor Relations Board would conduct an election.

“We have petition the board for recognition,” Hunter says. "Let’s spare everyone a headache of an election. We would win an election anyway. Let’s start off on a good note. The board should recognize our union and skip the bureaucracy.”

Hunter says it only makes sense to unionize.

“Libraries are here to support democratic societies, so we feel our library should be more democratic,” Hunter says.