Why are Democrats boosting MAGA candidates?

Screenshot
An ad for Illinois Republican candidate Darren Bailey, paid for by Democrats, was designed to promote him.

The ad opens with b-roll of Darren Bailey speaking to his supporters while a rough-edged voice that can only be described as “faded glory” narrates:

It was Darren Bailey who sued to stop J.B. Pritzker’s COVID mandates. It’s why Bailey proudly embraces the Trump agenda, calling into question our elections, protecting gun owners and the Second Amendment, no matter what.

The ostensibly anti-Bailey 30-second commercial just so happens to list all of the Illinois GOP gubernatorial candidate’s MAGA bona fides… and that’s because it’s not designed to hurt Bailey at all. In fact, the ad, paid for by Democrats, was designed to promote him.

Ads like this one ran throughout the Illinois primary, which was held on June 28. One of the Democratic organizations tasked with protecting incumbent J.B. Pritzker ran a series of ads promoting Trump-endorsed Bailey over moderate, well-funded Richard Irvin. They worked. Bailey won big — with nearly 60% of the vote. And with that success, Democratic organizations are running that same playbook across the country.

In Arizona, Michigan, Pennsylvania, and Illinois, Democrats have been deploying too-cute-by-half attack ads that are designed specifically to boost MAGA candidates who they judge will be easier to beat in the fall. 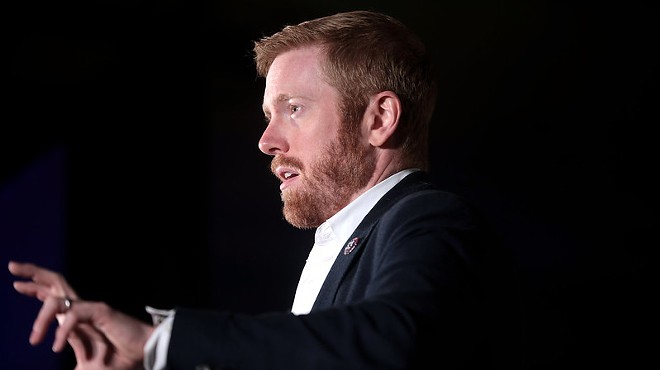 By boosting his far-right opponent, the Democrats did Peter Meijer dirty — and are playing a dangerous game: What incentive do Republicans have to take ‘courageous’ stands if they know that not only will their party ostracize them, but the other guys will pour fuel on the fire?

The ads all follow a familiar script. Like the Bailey ad, they’re careful to frame as an attack. But they all studiously recite the litany of MAGA positions — anti-abortion, pro gun, election denying, and Trump loyal.

The tactic here makes enough sense on paper: more moderate Republicans could compete with Democrats for those swing voters Democratic pollsters seem to think decide every election. So why not leverage the Republican base’s extremism against them by boosting the most extreme MAGA candidates in the primary?

Well, because the plan can backfire. Pennsylvania Democratic gubernatorial nominee Josh Shapiro deployed the tactic, boosting election denier and Jan. 6 insurrectionist Doug Mastriano. While it’s unclear how much Shapiro’s intervention actually did to deliver the nomination to Mastriano, what is clear is that an election denier is possibly one election away from being able to name the Pennsylvania secretary of state who’ll oversee the 2024 presidential election in one of the swingiest states in the country. And it’s not like Mastriano stands no chance. In fact, polls show him within 3-4 points of Shapiro.

It’s not just the risk that MAGA candidates could prevail in these races. It’s that the general election race gives them a megaphone from which to trumpet their heinous beliefs.

If the confluence between Trumpist politics, the media’s obsession with covering the political macabre, and social media’s algorithmic amplification taught us anything, it’s that wackos with platforms beget more wackos. And this tactic comes down to giving wackos bigger platforms.

There’s some clear psychological evidence behind this. Psychologists have identified the “illusory truth effect,” the glitch in our minds that renders lies oft-repeated more believable. In boosting MAGA candidates, Democrats are ultimately boosting MAGA beliefs, too — exposing more people to this form of political opium more often. And it’s not just the direct boosting. It’s that winning primaries elevates these candidates onto bigger and louder stages, a more validating platform from which to spew their xenophobic, misogynistic, anti-democratic, fascistic rhetoric. They make MAGA mainstream.

Even more broadly, our politics suffer a certain cynicism right now. Americans on both sides of our political divide believe that politicians are craven, selfish, and motivated by nothing more than the pursuit of power. That cynicism bleeds into government, where poll after poll shows a declining trust in the institutions of our commonwealth. These kinds of tactics, that put the short-term aims of winning the next election ahead of the long-term health of our public discussion, are part of the problem.

Originally published July 28 in The Incision. Get more at abdulelsayed.substack.com.