As if right on cue, Democrat gubernatorial candidate Gretchen Whitmer and running mate Garlin Gilchrist have announced they will hold a rally in Detroit on Monday.

The announcement comes after the Whitmer campaign took some heat from Detroit politicos for announcing Gilchrist — a Detroiter ostensibly tapped to grow her support in the city — as her running mate at an event in Lansing.

Also set to speak is Abdul El-Sayed, the progressive gubernatorial candidate who came in second during the primary. In conceding the race on Aug. 7, El-Sayed urged his supporters to put their enthusiasm behind Whitmer ahead of the November election.

Detroit Mayor Mike Duggan, the former boss of both El-Sayed and Gilcrhist, will also be on hand. El-Sayed is Detroit's former health director; Gilchrist used to head up innovation and emerging technology for the city.

El-Sayed and Duggan sharing the same stage will certainly serve as a show of party unity. The two beefed during the primary, with El-Sayed pointing to Duggan's refusal to take measures against public health issues like water shutoffs as part of his reason for seeking higher office. At one point, El-Sayed called Duggan out for "poisoning kids" through his demolition program, and the Duggan administration clapped back with emails from El-Sayed that it said showed he was satisfied with the administration's handling of the issue.

The Detroit stop comes after Whitmer's second-place finish in the city in the primary. She lost to Shri Thanedar, the Ann Arbor businessman who spammed the airwaves of Detroit hip-hop and television stations. His support in the city was much higher than it was statewide. Thanedar came in third in the primary with 18 percent of the vote to Whitmer's 52 percent and El-Sayed's 30 percent. 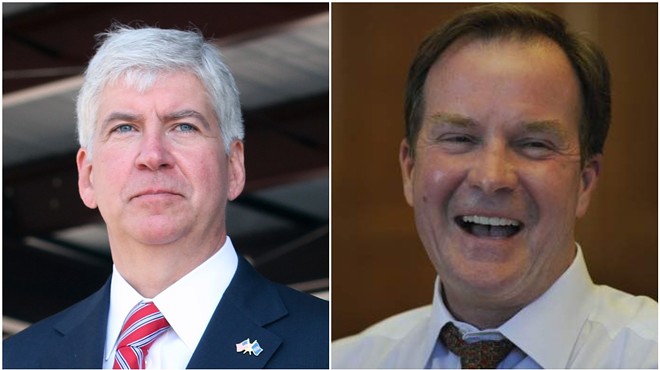 Whitmer's Detroit rally will be held 5:30 p.m. Monday at the Plymouth United Church of Christ at 600 E. Warren.