What went wrong in San Francisco? 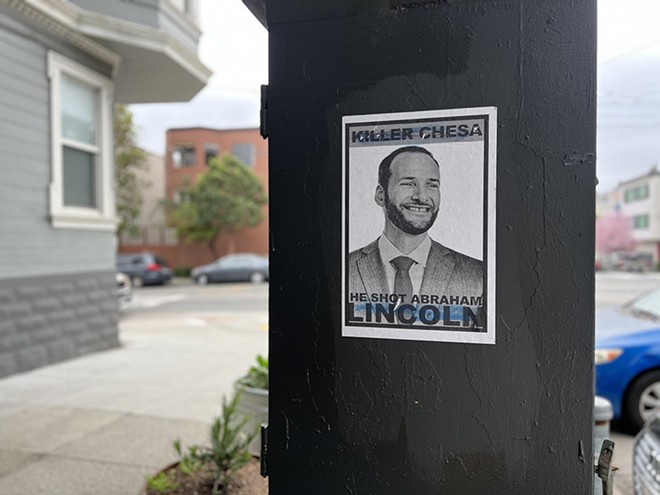 Last fall, I spent a week in San Francisco, one of my favorite cities. And it was heartbreaking.

There were encampments of people who were unhoused every few blocks. There was drug paraphernalia all over the sidewalks.

While walking with a friend who lives in the city, I was in deep thought and inadvertently led us down a random street. Before we went too far, he stopped me. “We shouldn’t walk here,” he warned. We turned around.

But San Francisco hasn’t. On Tuesday, June 7, San Francisco voters roundly recalled their prosecutor Chesa Boudin, who was elected on a progressive platform in 2019 (endorsed by yours truly). Boudin implemented a series of criminal legal reforms — including eliminating cash bail, ending the prosecution of children as adults, and charging errant cops with criminal misconduct. Though murder rates are up in San Francisco, mirroring the increase across the country, violent crime dropped under Boudin.

But blaming a progressive prosecutor for San Francisco’s current challenges is simplistic, if not cartoonish. After all, though prosecutors are uniquely focused on the criminal legal system, there’s actually very little of that system they control. Far more of what drives crime sits with broader municipal, state, and federal government policies. But dissecting Boudin’s ousting still offers lessons. It can help us understand how altering one small area of public policy without addressing the context in which that policy operates can backfire — why progressive reforms need to be comprehensive.

Any discussion of what went wrong in San Francisco has to start with homelessness. The Silicon Valley tech boom of the past three decades drove soaring housing prices across the city, pricing out lower and middle income earners. Remember the popular ’90s era sitcom Full House based in San Francisco? It’s hard to imagine the Tanners would be able to afford their home today with Danny’s salary as a journalist. Since 1993, the average price of homes in San Francisco grew more than fivefold, from just under $300,000 to $1.6 million.

A team of economists at Zillow found that homelessness accelerates when rent exceeds 32% of a community's income. Nowhere has that happened faster than in San Francisco, which has emerged as the epicenter of American inequality. The Valley next door churns out tech millionaires, all looking to buy a home in San Francisco — and pricing out everyone else.

Not only do these new rich buy up all the San Francisco real estate there is to afford, they prevent the building of more. High-income NIMBY (Not In My BackYard) organizations like Livable California have commandeered local politics to defeat affordable housing initiatives and high-density housing developments.

Meanwhile, the pandemic and all of its ravages drove homelessness across the country as people lost jobs and the isolation and insecurity of it drove depression, anxiety, and substance use. These problems always hit cities — cities with temperate climates — worse.

As the crisis of the unhoused grew, San Francisco saw the sixth largest numerical decline in population during the first year of the pandemic, losing nearly 7% of its population. These were the city’s well-heeled, who took with them some of its most important tax base.

Boudin was never elected to solve homelessness — to build affordable housing, create jobs, or clean up the deadly fentanyl flowing into the city. His office lacks the power to do anything about those issues in the first place.

Instead, that was San Francisco Mayor London Breed’s job. Breed, a centrist who was caught partying during the pandemic in contravention to her own pandemic policies, emerged as one of Boudin’s biggest detractors, implicitly blaming him for the job she has failed to do. It’s easy, after all, to blame the guy whose job, rightly or wrongly, is synonymous with crime while failing to address all the circumstances that you control that actually drive crime. Eliminating Boudin will also allow her to appoint his successor, consolidating her power in the city. Boudin’s recall effort raised $7.2 million behind some of the city’s wealthiest denizens, including a billionaire GOP donor.

Boudin’s election in 2019 was a high watermark for progressive prosecutors. His ousting is certainly a disappointment. But Boudin’s experience offers a helpful lesson in the challenges of piecemeal progressive reform. Boudin was only ever going to be able to address a small piece of criminal legal reform in San Francisco. But real reform is comprehensive. It requires both that we address problematic prosecution, sentencing, and incarceration practices and address the antecedents of crime, too. Independent of sustained investments in housing, quality jobs, and healthcare — particularly in a pandemic — Boudin was blamed for aspects of the system he was never going to be able to control. Failing to take on the power of big money and vested political interests makes it that much easier for the forces that oppose progressive reform to drive the narrative of “failed policies” rather than “incomplete policies.”

What went wrong in San Francisco happened way before Boudin was elected in 2019. Sadly, it looks like it’ll continue to happen after his recall.

Originally published June 9 in The Incision. Get more at abdulelsayed.substack.com.