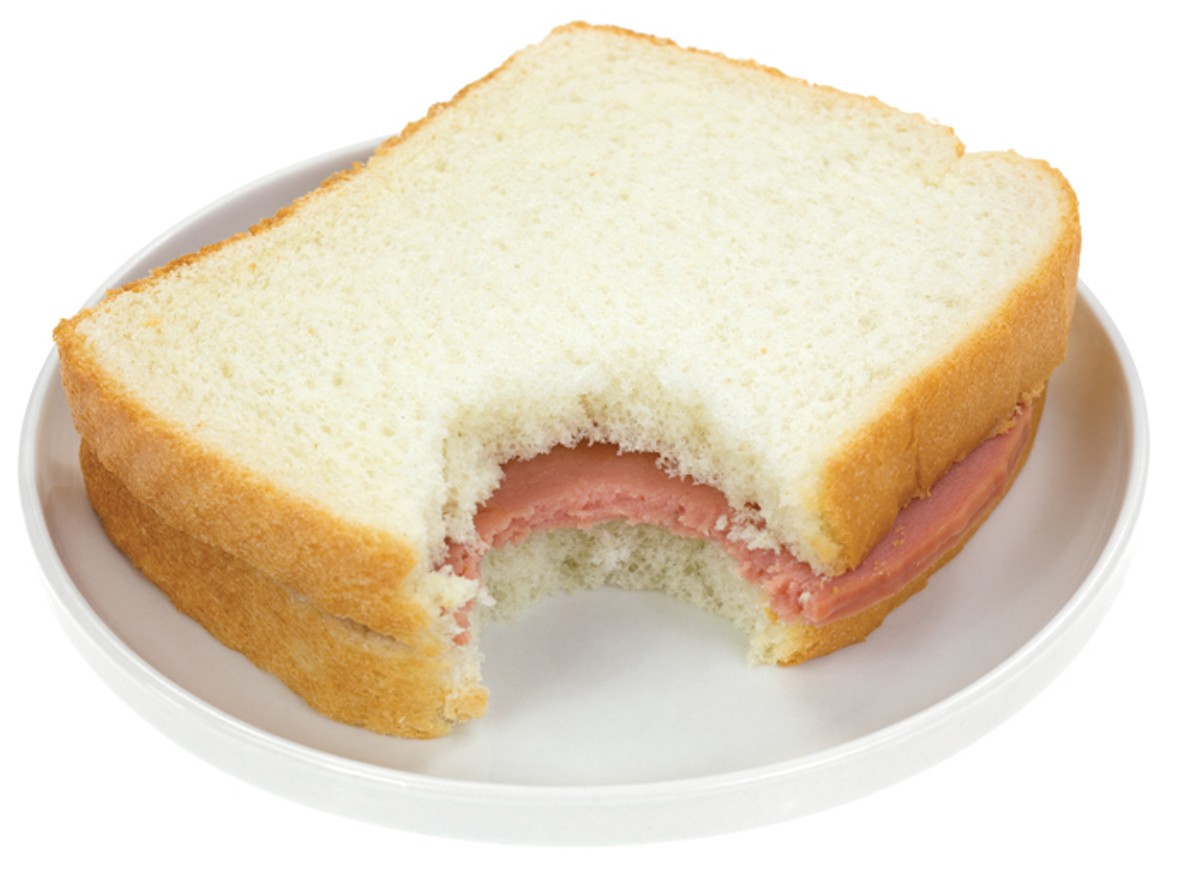 As they do every evening, hundreds of fruit flies perched on the dank tiled walls in the Oakland County Jail's showers look on as I step in to prepare dinner.

The roughly 6-by-4-foot enclosure is dimly lit by yellow, fluorescent light. The mildew is staggering.

Aside from serving as a fruit fly sanctuary, the shower serves multiple needs for hundreds of inmates daily. Even though it's filthy, it's where we scrub ourselves of the jail's filth. It's also where we do our laundry: Underwear and socks are agitated and scoured in five-gallon buckets also used to clean out the showers, then held up to the showerhead for a rinse.

Worse yet, it's the only place where a prisoner can find some privacy. And a few moments out of sight in the day of a sex-starved criminal lodged for months in the county jail leads to one thing.

The shower is also our stove. It's where we "cook" our commissary food, and in my hand is a clear, 20-ounce plastic cup filled halfway with pale brown, no-brand dehydrated refried beans. I hold the cup to the showerhead and fill it until the bean flakes are submerged. The beans need hot water to cook. Jail shower water is tepid at best, but regardless of the outcome in the stove, the beans are my ticket into that evening's "cook-up."

The cook-ups are a sort of potluck in which inmates pool ingredients purchased from commissary, which has a stock list similar to that of any crappy Eight Mile party store. But a party store offers better food than the Oakland County Jail cafeteria, and the cook-ups are essential. The "state" meals are painfully short on calories and taste, so each night we pile up mounds of junk food on chips or tortillas, creating sodium bombs packing the flavor and fill lacking on the state-issued trays.

My cook-up partner and friend, Chillin' P, who goes by this nickname despite his felonious assault rap that would be evidence against the moniker, is contributing semi-cooked and still mostly crunchy white rice along with a bag of pulverized Flamin' Hot Cheetos used for seasoning. Some dude who has the face of a classic cartoon thief brings tortillas, pickles, jalapenos, and squeeze cheese. These are the ingredients of a variation on the jail burrito — not much of a dazzler on this night, but it'll do.

For a moment in the shower I become very aware of what I'm doing and my surroundings. It's a harsh flash of reality. The scene is gross and depressing as I take a fruit-fly-on-the-wall look at myself: Me standing in a jail shower, a cup of dried refried beans held to a dirty showerhead. The din of dozens of inmates recreating in the dayroom on the other side of the shower curtain echoes through the cellblock. It's a stew of sad lives playing spades, Scrabble, chess, or watching TMZ. The only thing louder than them is the deputy yelling at them to shut the fuck up.

I smell the mildew and I see the staring and still fruit flies. I know I stand on an unfathomable amount of "pris jizz." I see the pile of old, wet socks the last prisoner who laundered in the shower left behind. A wave of despair hits, but retreats in an instant. The repulsiveness is shut out by the need to eat. Any germaphobe hesitation disappears. Germs present less of a threat than hunger. My rumbling belly trumps all. In jail you've got to do what passes the time quicker. Hunger is a weight on the minute hand. And if standing in that dank horror chamber with a cup of dried beans is what gets me through, well ....

I pull the cup from the showerhead. Ten minutes later, the beans — now a scientifically impossible soggy yet crunchy paste — are presented to Chillin' P and thief face.

Spread the tuna on the tortilla. Dice half a pickle. Crumble saltine crackers into a pile. Try to heat the chili. After failing, mix chili, pickle cubes, and add saltines for thickening. Pour chili mix over the tuna. Liberally apply mustard.

A convincing argument can be made that jail food should be pretty gross, but what it shouldn't be is rotten, maggot-infested, pulled out of the garbage, or gnawed on by rats. Unfortunately, that's exactly what it has been at times in Michigan's jails. Aramark, the company with which Oakland County and the Michigan Department of Corrections contracts for food service, seems intent on outdoing itself with each increasingly appalling headline. If you thought those maggots they served in Jackson last week were pretty gross, then check out the rotten chicken tacos they plopped on the plates in Kent County this week.

While OCJ has been spared the more gruesome issues, I still got a taste of Aramark's approach to feeding inmates during my seven-month stay in four different cellblocks, and it wasn't good. The media has been on them. Not only here, but also in Ohio, Pennsylvania, Florida, New Jersey, and everywhere else where mouse turds or bugs or worms are turning up in prisoners' dinners.

Thankfully, I didn't read about the extent of it until after I got out.

In the days leading up to a sentencing I knew would leave me confined for much longer than preferable, I rounded my belly by licking plates clean at all my favorite restaurants. Chicken gyros from Plaka, deep-dish pizza from Loui's, burgers from Nemo's, cake after cake from Astoria.

As a teenage delinquent with a Hollywood Knights-style relationship with the local law, I had gotten acquainted with drunk-tank cuisine, so I figured I knew what to expect and would fatten up a little beforehand.

But as I waded into my protracted stay at the Oakland County Jail, it quickly became evident that I wasn't prepared for the daily culinary horror show. No one is asking the jail to polish the silver for a bunch of beer-bombing dolts and petty thugs. However — assuming they weren't serving actual trash that day, which is a legitimate worry in Michigan — there was no imagining the cartoonish menu items that would land in front of us, like bologna soup. There's no knowing ahead of time that "meatballs" in fluorescent gray sauce were actually the best thing rolling out of the kitchen and cause for excitement.

The problems with taste didn't compare to the sudden drop in caloric intake and persistent hunger. No one straight up starves in jail but, unless your people are putting money in your prisoner account so you can buy chips, candy, beef sticks, tuna, beans, or other ingredients to prepare food from commissary, you go hungry.

Within a week I dropped 11 pounds and within two weeks my ribs popped through as I shed another 10. Slices from Loui's and chicken gyros from Plaka danced and tumbled through my dreams. When my cellmate and I weren't bitching about our cases, we sat on our bunks and debated which restaurant in town stacked the tallest Rueben and one-upped each other's potato salad recipes.

The only person I ever met who gained weight in jail put on a shocking 20 pounds. By the looks of his pencil-thin frame, one would've guessed he had just lost 30.

"I was a meth addict before I came in," he explained over a bologna sandwich.

"He was on the stem-fast diet," another of his tribe chimed in.

Being hungry while confined in a monotonous existence places food in a whole new light. Surviving jail with your sanity intact is all about pushing the clock forward with as much joy as one can scrape together, and hunger — the kind that causes everyone in the room except meth addicts to drop 20 to 30 pounds — only slows time and cracks the spirit.

Meals become one of the few bright-ish spots in an otherwise dismal reality. There's nothing else from which to draw any pleasure, rest assured. So for those with money for commissary, cobbling together a tuna Rueben or assembling a junk food burrito the size of a football is an immense joy that can swing a day from miserable to tolerable by offering some delight and variation that, by design, is in very short supply.

Brighten enough days in that way and time might not seem to stand quite so still.

Food also becomes currency. You're pretty much illiterate and want someone to write a nice letter to your judge? Hand over a Honeybun. Need a barber to do something about your lid? The going rate is two bags of chips and a scoop of coffee. For those looking for a liquid lunch, someone always had "spud juice" made from fermented apples in their locker. A 20-ounce bottle runs $5 worth of commissary items.