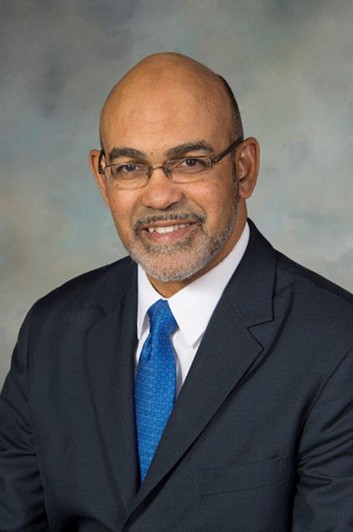 His family did so in violation of treasurer’s office rules, which prohibit family members from purchasing tax-foreclosed property. The county treasurer's office seizes properties from homeowners with late taxes and sells them to the highest bidder, and Wayne County’s foreclosure auction is one of the nation’s largest.

Beyond that, the Sabree family didn’t pay property taxes on many of the properties until they were delinquent, and by the end of 2018 it owed over $60,000.

Sabree’s wife recently spent $58,000 to pay off three years of late taxes on more than a dozen properties.

As multiple experts noted in both outlets’ stories, the Sabree family activities gave the appearance of insider trading, and raised serious ethical questions. Still, Sabree largely dismissed the story, and while it doesn’t appear that the family broke any laws, county executive Warren Evans called for the Wayne County Ethics Board to review the matter.

But just as noteworthy is how Sabree manipulated the local media to weaken the story's impact, and how the Free Press took his bait.

As the Free Press notes in its piece, “[Sabree] asked to meet with the Free Press after he learned that another news organization was looking into the transactions.” We would learn later that morning that the organization in question was the The News. That’s important because the outlet that breaks a story typically gets the most pageviews, attention, and sets the discussion — it’s why journalists are so eager to get a scoop.

But while Free Press may have won the battle with The News, it’s the news-consuming public that lost. The county treasurer, caught in an ethically questionable act, appears to have concocted and successfully carried out a shady plan that involved pitting the city’s two daily papers against each other. Ultimately, the Free Press’ somewhat incomplete story told from Sabree’s point of view got more attention — thus, Sabree minimized the damage.

Here’s what appears to have happened: The News learned sometime around November that Sabree’s family was using inside information to purchase homes off the county tax foreclosure auction. It launched an investigation.

Sabree declined to comment on the investigation. Instead, before The News could publish its story, he ran to the Free Press with the scoop, which allowed him to control the narrative.

That much is evident in the stories’ tones. The News's story is a solid investigation by a reporter who’s holding a public official accountable by presenting robust evidence of ethically questionable dealings. The information is sourced from county documents obtained “through multiple Freedom of Information Act requests.” The News found “real estate transactions involving Sabree's family overlap his public role, including county sales to relatives and family properties purchased at auction that later racked up enough tax debt that they could have been seized but weren't.”

By contrast, the Free Press’s story reads like a spoon-fed Sabree admission that’s full of excuses. For example, he tells the Free Press "the deals in question took place while the City of Detroit was facing bankruptcy and few people were investing in the city or Wayne County," as if that makes it OK.

There’s also a strong suggestion that the reader should forgive Sabree — he told the Free Press that it's "more humane and realistic to recognize" that people have debt and may land in difficult situations. Moreover, most of the Free Press’s facts are attributed to Sabree, if they’re attributed at all. Unsurprisingly, the Free Press story is also missing pieces of damming information that Sabree chose to omit.

It was a shady move by Sabree, and the Free Press’s decision to publish the story makes them complicit in his attempt to save face. Still, the outlet further cashed in on the article with an editorial and a radio appearance by columnist Nancy Kaffer.

The Free Press didn't immediately respond to a request for comment.

Here’s what you missed if you only read the Free Press’s story:

“One of those properties, a vacant west side lot on Wyoming near Marygrove College owned by his wife, escaped foreclosure this year even though it should have been sold at the annual auction, according to state law.”

“Sabree said he saw 'no reason' to disclose the buys to his then-boss, former Wayne County Treasurer Raymond Wojtowicz. He also said Wojtowicz agreed to allow family members to buy at the auction between 2014 and 2015 but it was never formally adopted.

Wojtowicz told The News that he doesn't remember agreeing to the change and felt the auction ban on staff and family members was important.

“I thought that was the proper thing to do,” Wojtowicz said. “The job was to (operate the auction) for the general public. To me, it would have been suspicious because someone would have had an inside track.”

Sabree's son, Adam, an attorney, was listed as a successful bidder in 2017, pledging $9,600 for an east side brick home on Gallagher near Eight Mile and Ryan roads, according to county records …. Because his father ran the office, the rules banned him from participating as a bidder. But his own delinquent tax debt would have disqualified him as well. He owed the treasurer's office at least $1,500 in back taxes on a property on Waverly in Highland Park at the time.

But Adam Sabree, an attorney, told The News he didn't register in 2017 or bid and that he was just walking a client through the registration process.

"It’s probably just an error," Sabree said. "I helped him. I just helped him register."


Even if that's true, then it appears Sabree is making money off of his family’s access to the auction.

“As an attorney for Wayne County, Sabree sued a private owner to seize the property on the county's behalf, arguing it was blighted. A year later, his wife purchased it for $500 in the foreclosure auction.

The Sabree family next made money off the same move off a blighted building in Highland Park. Sabree sued, the building’s owners didn’t respond, and a judge transferred the property to the county. The property was going through tax foreclosure at the same time, and a year later Sabree’s wife purchased it off the foreclosure auction. The city demolished the building using taxpayer money, then Sabree’s wife flipped the vacant lot to a neighboring mosque for $11,000."


Ironically, the Free Press wasn't thrilled when in January 2008, then-Mayor Kwame Kilpatrick used a similar tactic to undermine a blockbuster Free Press story that would reveal he and his chief of staff committed perjury. Shortly before the Free Press story rolled off the presses, Kilpatrick sent out a press release apologizing for what he had done. As a result, virtually every media organization published or aired the story about the same time the Free Press did.