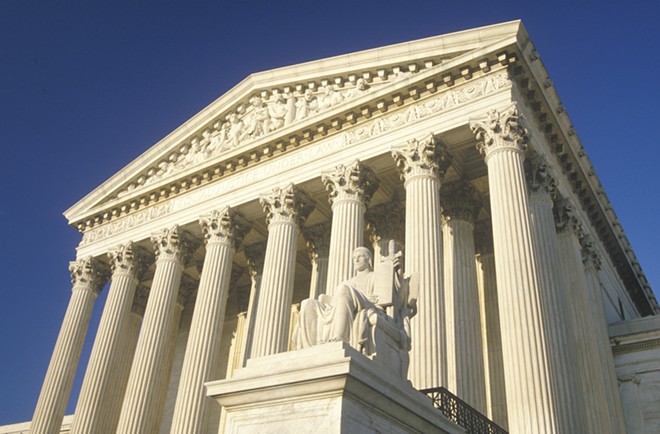 The U.S. Supreme Court’s decision on Thursday to uphold an Arizona law that restricts how ballots can be cast was a devastating blow to democracy and underscores the importance of fighting similar Republican-backed voting measures in Michigan, Secretary of State Jocelyn Benson said.

The 6-3 ruling, with the court’s three liberal members dissenting, comes as Republicans in at least three dozen states, including Michigan, have introduced – or passed – legislation to curtail voting access.

The conservative justices concluded that voting restrictions in Arizona did not violate the Voting Rights Act of 1965, which prohibits racial discrimination in voting. The court overturned an earlier ruling by the 9th U.S. Circuit Court of Appeals, which said the legislation was unlawful because it disproportionately impacted Black, Latino, and Native American voters.

"This decision is a tragic misinterpretation of one of the most important pieces of federal legislation in our nation’s history and strikes at the heart of all who have sacrificed so much so that our democracy works for all,” Benson said in a statement, calling the ruling “a call to action for every one of us to remain vigilant against all attempts at every level to restrict access to the from to vote.”

“That’s why our work to protect against discriminatory policies and practices in our elections, tell the truth about real threats to the security and integrity of our democracy, and guard the voting rights of all Michigan citizens must continue, at a greater pace and with greater urgency than ever before,” Benson said.

In a statement, the American Civil Liberties Union declared, “This decision makes it much harder to fight racial discrimination in voting in our country.”

In a strongly worded dissent, Justice Elena Kagan called the ruling “tragic” and said the court “has damaged a statute designed to bring about ‘the end of discrimination in voting.’”

The conservative majority ruled that the Arizona legislation, which imposed restrictions on early ballot collection by third parties and where votes may be cast, did not substantially and disproportionately burden voters of color. By using that standard, the Supreme Court made it more difficult for voting rights advocates to successfully challenge Republican restrictions in other states.

U.S. Attorney Merrick Garland pledged to protect voting rights last month and filed a lawsuit against the state of Georgia on Friday over legislation that he says is designed to make it more difficult for Black people to vote. But the Supreme Court’s decision suggests that Garland is unlikely to succeed.

Republicans in Michigan introduced a 39-bill package that would curtail voting access, impose restrictions on absentee ballots, limit the secretary of state’s ability to assist voters, and make it easier for political appointees to overturn elections.

Last month, the GOP-controlled Michigan Senate and House each passed slightly different bills that would impose stricter ID requirements to vote. The legislation would require voters to submit a photocopy of their driver’s license or state ID card or the last four digits of their social security number to request an absentee ballot.

“Today's United States Supreme Court ruling is a resounding victory for election integrity and the rule of law,” Republican National Committee Chairwoman Ronna McDaniel said in a statement. “Democrats were attempting to make Arizona ballots less secure for political gain, and the Court saw right through their partisan lies. In Arizona and across the nation, states know best how to manage their own elections. The RNC is proud to have worked closely with the Arizona GOP to support this historic victory, and we will continue our comprehensive efforts to make it easier to vote and harder to cheat."