Shootings, stabbings, and brawls: Greektown becomes a hotbed of crime in downtown Detroit 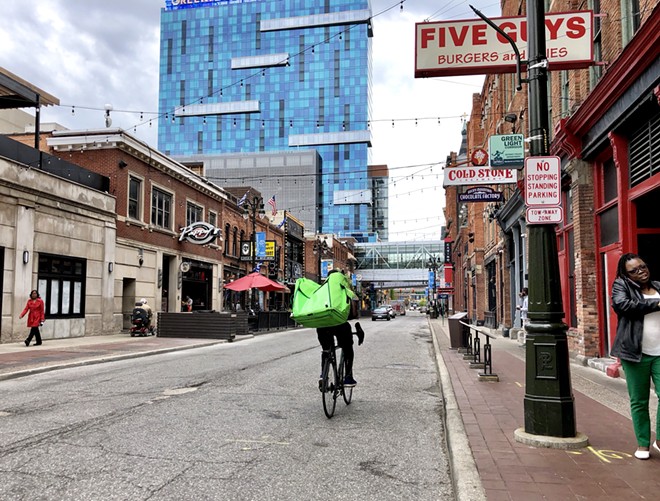 Shortly after midnight, a gunman opened fire in the area of Beaubien and Monroe streets, shooting three men, ages 23, 24, and 32. The gunman was still on the loose Monday afternoon.

Stretching just three blocks on the eastern edge of downtown Detroit, Greektown is a population entertainment district with a casino, hotel, restaurants retailers, clubs, and a plethora of surveillance cameras. But it also is a hotbed of crime, according to police records.

After a 20-year-old man was stabbed last month, police Chief James Craig pledged to beef up patrols in a city that desperately needs more police.

Greektown is most dangerous in the spring and summer. Like most of Detroit, violent crime rises with the temperature.

In April 2017, a large brawl broke out in the middle of Monroe near the Greektown Parking Garage. Two months later, three people were shot outside of a party bus at 1:20 a.m. In December 2017, a man was shot inside the Greektown Casino Hotel following an argument with the gunman.

In April 2018, an off-duty Detroit cop was charged with assaulting his girlfriend and then pointing a gun at two people who tried to help the woman. On Memorial Day weekend a month later, four people were wounded in a shootout following an argument. In October 2018, a 30-year-old man was nearly beaten to death during a bachelor party at a strip club.

Greektown is the city's first Green Light Corridor, a stretch of businesses with high-definition surveillance cameras that are monitored around-the-clock by the Detroit Police Department. 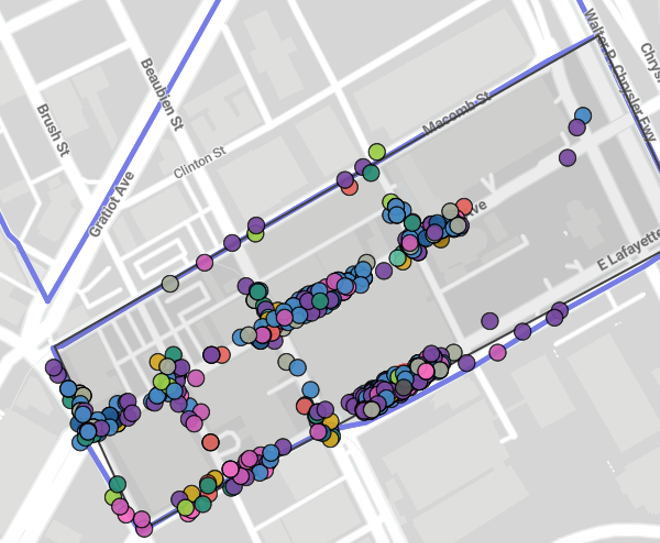 City of Detroit
Each dot represents a crime committed since January 2018.