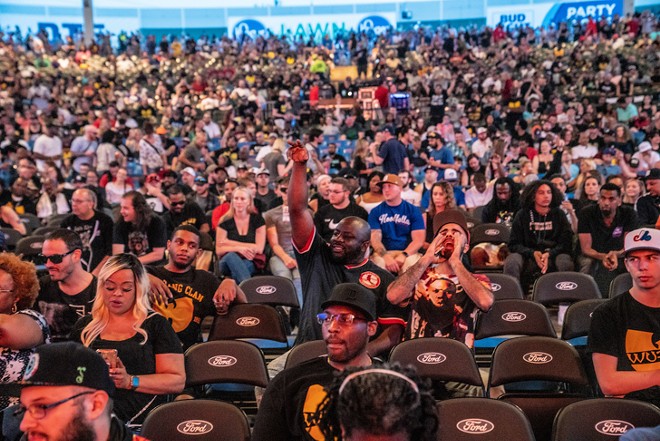 
Beast Coast’s concert originally planned for Sunday night at Michigan Lottery Amphitheatre was canceled after an anonymous caller phoned in a shooting threat to the Sterling Heights Police Department.


After the threat was called in, the department notified the Macomb County Sheriff's Office, which has jurisdiction over the venue. Beast Coast, a hip-hop supergroup, includes members from Pro Era, Flatbush Zombies, and the Underachievers.


Police have the phone number of the caller, though they are still looking for the person’s identity. According to Macomb County Sheriff Anthony Wickersham, police believe a similar threat that was called in to the Palace of Auburn Hills is from the same caller.


“There were two phone calls — one came in to the Palace of Auburn Hills and the other came in to the front desk of the Sterling Heights Police Department,” Wickersham told MT. “Both of those groups contacted the Sheriff’s Office because we provide policing and security for the concerts at the Michigan Amphitheatre.”


The concert was originally scheduled to go on with extra security, but ended up being canceled because both a promoter for one of the acts as well as 313 Presents — a joint venture between Olympia Entertainment and Palace Sports & Entertainment offering shows in popular Detroit venues such as Little Caesars Arena — decided the concert would be canceled, Wickersham said.


Wickersham said the caller said the show should be canceled because there would be a shooting during it. The caller did not specify who would be the shooter.

Tickets purchased online or by phone are automatically refunded and others can be refunded at the point of sale, according to 313 Presents.