‘Roe v. Wade’ at 50: A look back at the fight for abortion rights in Michigan and nationwide

Reproductive rights would divide the two parties in decades to come

The case, Jane Roe v. Henry Wade, District Attorney of Dallas County, Texas, would come to be known as a landmark decision. The plaintiff’s name was a pseudonym of Norma Leah Nelson McCorvey, who was a Dallas resident.

The high court ruled that the Due Process Clause of the Fourteenth Amendment to the United States Constitution provides a fundamental “right to privacy,” which protects a pregnant woman’s right to an abortion.

The ruling was bipartisan, although reproductive rights would divide the two parties in decades to come. Ruling in the majority were Chief Justice Warren Burger and Lewis Powell, President Richard Nixon appointees, who were joined by William Douglas, a President Franklin D. Roosevelt administration appointee, as well as William Brennan; Potter Stewart, who was born in Jackson, Mich.; and Harry Blackmun, who were President Dwight D. Eisenhower appointees, and Thurgood Marshall, who President Lydon B. Johnson appointed.

William Rehnquist, a Nixon appointee, and Byron White, a President John F. Kennedy appointee who played for the National Football League’s Detroit Lions in 1940 and 1941, voted in dissent.

President Joe Biden on Friday issued a proclamation on the 50th anniversary of Roe, writing, “I call upon Americans to honor generations of advocates who have fought for reproductive freedom, to recognize the countless women whose lives and futures have been saved and shaped by the Roe v. Wade decision, and to march forward with purpose as we work together to restore the right to choose.”

The battle for abortion rights in Michigan

At the time of Roe, abortion in Michigan had been outlawed, except to preserve the life of a pregnant woman, for more than 100 years. A 1931 ban built on a Civil War-era law.

But many activists, elected officials and clergy had been working to expand legal abortion during the heyday of the Civil Rights movement and as the women’s right movement was heating up.

State Sen. Lorraine Beebe (R-Dearborn) was a mother and reproductive rights advocate. On June 12, 1969, she revealed during a floor debate that she had abortion to preserve her health. At the time, Beebe was the only female member of the Legislature’s 38-member upper chamber.

The vote on Senate Bill 287 would have allowed abortions performed by licensed physicians in specified cases, according to Detroit Free Press reporting. The bill, which attracted Democratic and Republican yes votes, failed on final passage. Sixteen members voted for the measure; 17 voted against.

Beebe lost her reelection bid in 1970. During the campaign, her family was threatened, her house was firebombed and her tires were slashed.

In October 1972, a Wayne County Circuit Court judge ruled that Michigan abortions were unconstitutional. A month later, state voters rejected a ballot measure to allow abortions up to 20 weeks and require that the procedure be carried out in a licensed healthcare facility by nearly 20 points, something that Right to Life of Michigan has touted in decades since.

After the Roe v. Wade decision, Tom Bergeson, executive director of the Michigan Catholic Conference, told the Detroit Free Press in February 1973, “We will obviously intensify our efforts to educate as many people as will listen to us on the sanctity of human life.”

On Feb. 23, 1973, Michigan Attorney General Frank Kelley, a Democrat, ruled that abortions were legal. Kelley’s action came after a three-judge federal panel in Detroit followed suit with the U.S. Supreme Court, and ruled that the state’s anti-abortion law was unconstitutional.

Reproductive rights advocates in Michigan were already organizing for a 2022 statewide effort, Proposal 3, that would codify the right to abortion and other reproductive health care in the Michigan Constitution.

The measure attracted at least $57 million in spending by groups. Planned Parenthood and NARAL were among those that supported the constitutional amendment and Right to Life of Michigan and the Michigan Catholic Conference were opposed.

In his proclamation, Biden noted this, writing: “Since the Court’s decision to overturn Roe, Americans across the country — from California to Kansas to Michigan — have made clear at the ballot box that they believe the right to choose is fundamental and should be preserved.”

Democrats swept statewide offices in the midterms and took control of both the House and the Senate for the first time in almost 40 years. Abortion rights have emerged as a top priority for Democrats in the new term.

“The new protections in Michigan’s state Constitution protect not only the right to access abortion, but also other essential sexual and reproductive health care like birth control and gender-affirming care — both of which are under growing attack nationwide,” said Sarah Wallett, chief medical operating officer of Planned Parenthood of Michigan. “With the passage of Proposal 3 and a pro-choice majority in the Michigan legislature, our focus is now shifting from defending the basic right to provide safe, legal abortion and other care, to scaling up to meet the growing numbers of people crossing state borders to reach us. We won’t rest until access is universal.”

However, Republicans are still pushing for more anti-abortion legislation at the state and national level post-Dobbs. Republicans, who took control of the U.S. House, passed two anti-abortion measures in their first work week this month. Although the bills have little chance in the Democratic-led Senate, many Republican lawmakers continue to express support for a national abortion ban following the Dobbs decision.

“We are trying to basically normalize America here,” Graham said at the time. “If we stay on this and keep talking about it maybe in a decade this will be law.” 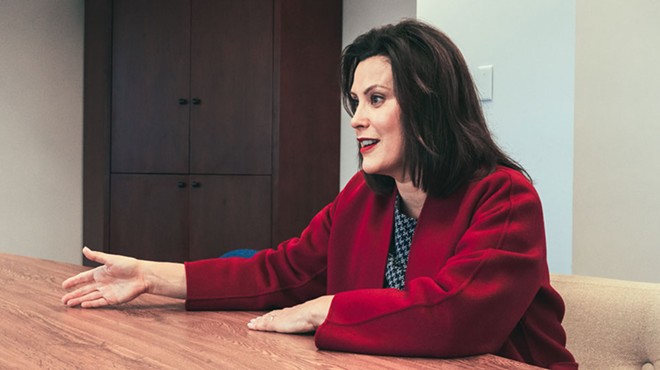