Quicken Loans slips out of top ten places to work 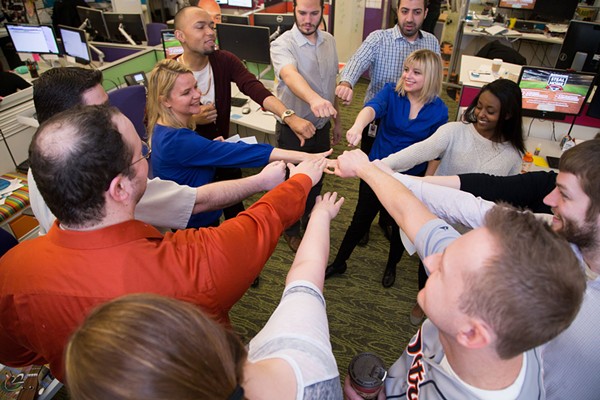 Courtesy photo
OK Quicken Loans employees, now let's get in formation.
The people have spoken: Quicken Loans, Dan Gilbert's Detroit-headquartered mortgage lending giant has once again been named to Fortune's Best Companies to Work For List, though this year the company slid from No. 10 to No. 14.


"The Detroit-based fintech mortgage lender gets props for an 'unbelievable' culture," Fortune wrote of the company. "CEO Jay Farner hosts face-to-face meetings with employees where 'no topic is off-limits.' And staff can submit business ideas to the Cheese Factory, part of Quicken’s drive to 'build a better mousetrap.' It implemented 900 of those ideas last year."

Of course, a "mousetrap" might not be the best metaphor for a company that has been charged in a 2015 federal lawsuit alleging that it misrepresented borrowers' income or credit scores or inflated appraisals. (Quicken Loans maintains that the government "cherry-picked" a small number of examples to build its case, and preemptively launched its own lawsuit against the DoJ.) The company is also known for its grueling hours, with hundreds of ex-employees having launched lawsuits alleging Quicken Loans forced them to work unpaid overtime.

To make the list, a company had to have at least 1,000 employees and receive enough survey responses to achieve a 95 percent confidence level with no more than a 5 percent margin of error. According to the report, Quicken Loans has a little over 15,000 employees across 29 work sites. The report also says that of this month, the company has about 700 job openings, and plans to hire at least 7,500 in the coming year.