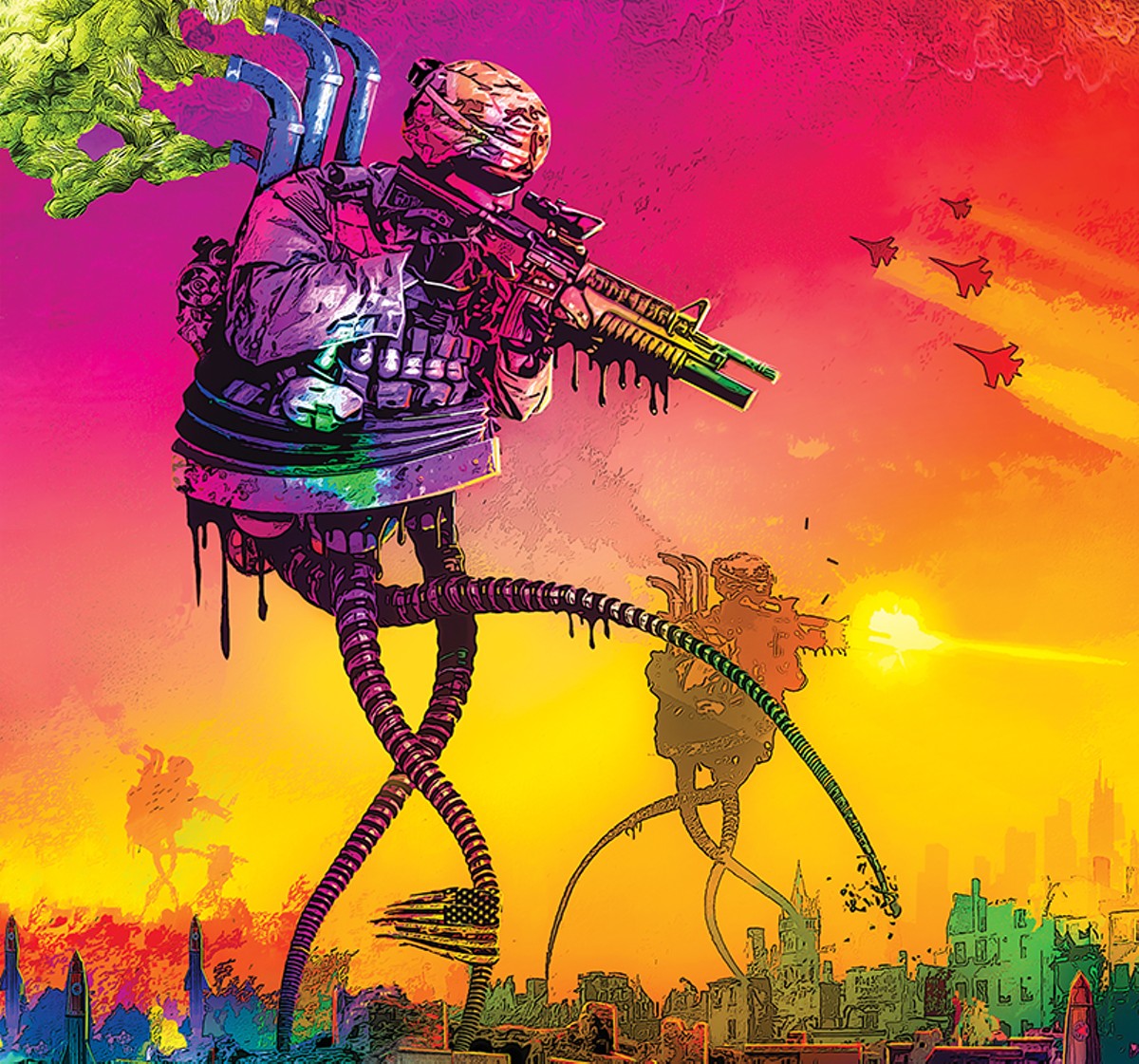 Fake news is not a new thing. With the return of its annual list of censored stories in Censored 2019: Fighting the Fake News Invasion, Project Censored's vivid cover art recalls H.G. Wells' War of the Worlds.

The situation today may feel as desolate as the cover art suggests.

"But Censored 2019 is a book about fighting fake news," editors Andy Lee Roth and Mickey Huff observe in the book's introduction.

In the end, they argue that "critical media education — rather than censorship, blacklists, privatized fact-checkers, or legislative bans — is the best weapon for fighting the ongoing fake news invasion."

Project Censored's annual list of 25 censored stories, which makes up the book's lengthy first chapter, is one of the best resources one can have for such education. Censorship and fake news are "intertwined issues," they write.

Project Censored has long been engaged in much more than just uncovering and publicizing stories kept down and out of the corporate media. Over the years, it's added new analytical categories: sensationalist and titillating Junk Food News stories.

Through it all, the list of censored stories remains central to Project Censored's mission, which, the editors point out, can be read in two different ways: "as a critique of the shortcomings of U.S. corporate news media for their failure to adequately cover these stories, or as a celebration of independent news media, without which we would remain either uninformed or misinformed about these crucial stories and issues."

The cover art theme works at two levels, as the editors explain, which makes things more complex than they might appear at first glance. First, the famous Orson Wells radio broadcast of War of the Worlds on Oct. 30, 1938 used a number of dramatic devices to present the drama as though it were an actual crisis in progress. It became an example of the potential power of fake news in the radio media era.

"The broadcast became legendary for allegedly leading to widespread panic throughout the United States," the editors of Project Censored note.

That narrative about widespread panic is actually a more long-term form of fake news, as Jefferson Pooley and Michael J. Socolow have documented in a series of articles over the past decade. Both the audience size and degree of panic have been significantly inflated, they explain. They cite two main factors: newspaper editors, who saw radio as challenging their media dominance, and an influential media study, whose topline conclusions were at odds with some of its data.