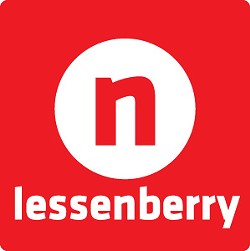 LAST WEEKEND WAS Memorial Day. Do you remember what it is supposed to be about? Honoring our dead soldiers from all our wars? That’s right. So did you head for the cemetery?

My guess is not. Actually, what might have been even more meaningful is if you had read something about the million-plus Americans killed in various wars over the years, or about the nature of war; or the ones we are involved in.

But my guess is that you didn’t do that, either.

That’s largely because most of us can feel blissfully free to ignore it. Back in the 1960s and early 1970s, when I was a teenager, kids my age paid a whole lot more attention to wars for one major reason — we likely had to go fight in it.

We were in a particularly cynical war then, in a place called Vietnam. By the time I turned draft age nobody believed in it any longer, but we couldn’t seem to find a way to end it.

That outraged millions. Eventually, we pulled out of Vietnam, after 58,000 American men (and a few women) were dead, as well as more than a million Vietnamese; and countless others, in both countries, screwed up for life.

Richard Nixon, then months from being taken out of action by Watergate, did something amazingly shrewd by ending the military draft. Having been I-A [a classification of eligibility] for a brief time, and then forced to endure the worrisome process of the draft lottery, I was ecstatic. What few of us realized was this:

Switching to a volunteer army meant our government could drag us into future little wars, pretty much without having to worry about public opinion.

That did take a little while to pull off. For a few years after South Vietnam fell in 1975, nobody wanted to hear anything about war. Then the Pentagon, anxious to test new men and weapons, skillfully eased us into it. First there was the comic opera of Grenada in 1983, followed by Panama.

When the country didn’t rebel, the wars got a little bigger and a little bloodier. Finally came Bush and Cheney — and a major invasion of Iraq based on several layers of lies.

There were those who knew it was all unnecessary and evil from the start, but far too few protested. The mainstream media did not want to look unpatriotic. The bright young men of middle-class America would no longer have to go.

Nobody, in fact, legally had to join up and go.

Economically, however, it was — and is — another story. There are few jobs and scholarships these days for the Dalondo Jacksons and Pedro Gonzalezes of this great country, and many of them enlist in the military. Their mommies and daddies aren’t professors.

They aren’t congressmen or elite journalists. When they are wasted in Fallujah, nobody much notices. Today, I move largely in middle-to-upper middle class professional and academic circles.

Among all the people I know, only two had children in Iraq or Afghanistan. In both cases, they went voluntarily, as officers in the U.S. Marines.

The military draft was never completely fair and the rich found it easier to avoid, but it sucked in lots of kids from better-off families. Do you think if influential peoples’ kids could have been drafted to fight in Iraq that we would have allowed it to go on for 10 years?

Today, we are buddies of sorts with Vietnam, where the Communists conquered everything two years after we pulled our troops out. We sell them Coca-Cola, import far more stuff from them than we sell, which means our war was for less than nothing.

So, if you missed Memorial Day there is something you can do about it and should, in fact. Refuse to participate in, support, or give money to anyone in favor of any war.

That is, unless a Caligula or Adolf Hitler shows up and we need to fight a war for the very survival of humanity. That’s not what we really need to worry much about.

Our real problem is finding the strength to avoid allowing some future President to tell us it is curtains for democracy unless we start a war with some oxcart-driving country.

Next time you are tempted to buy their lies, listen instead to Eric Bogle’s magnificent song, Green Fields of France, which he wrote while sitting on the grave of some World War I soldier:

And I can’t help but wonder, now Willie McBride,

Do all those who lie here know why they did die?

Did you really believe them when they told you “The Cause?”

Did you really believe that this war would end wars?

Well the suffering, the sorrow, the glory, the shame

The killing, the dying, it was all done in vain,

For Willie McBride, it all happened again,

It will happen again too, soon, if you let it.

IT NOW SEEMS clear that the narrow little ideologues who control the Michigan legislature have no intention of coming up with the money needed to fix our roads.

This  will, of course, cost us all far more in the short- and long-run. I spent last week in Italy, where the unemployment rate is the same as Michigan’s and the standard of living not as high. I divided my time between Rome and a very rural area, and didn’t see a single pothole.

Why is it different here? Simple: We don’t have the guts, common sense or political will to do the right thing. The truth is that most of us would be far better off with a healthy dose of what morons call “European Socialism.” And our leaders don’t adopt sensible policies because we don’t demand they do.

And that, as Rodriguez might say, is cold fact.

Laugh of the Week

SPEAKING OF OUR wonderful Michigan Supreme Court, there were bright hopes for Democrat Diane Hathaway when, four years ago, she managed to defeat the man liberals loved to hate — then-Chief Justice Clifford Taylor — who may or may not have been sleeping on the bench.

Having got to what should be our state’s highest elected position, at least from an ethical and moral standpoint, Hathaway then conspired to commit bank and real estate fraud in a manner so clumsy it was easily uncovered by TV reporters.

Last week, her lawyer asked a federal judge to not send the poor dear to prison saying she had suffered enough. Want proof? He said not only had Hathaway been forced to quit the high court (felons usually do), she had to “give up going to social gatherings.”  My guess is Al Capone felt the same way.

There is a difference, however: She had far less excuse for what she did than any semi-literate gangster. Incidentally, she is getting a pension of about $100,000 a year, courtesy of the taxpayers. If U.S. District Judge John O’Meara were somehow moved to exceed federal guidelines and give her more than the maximum sentence calls for — a piddly 18 months — I don’t plan to cry.