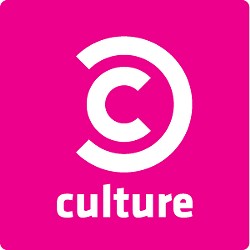 At a dinner party, a straight man put a question to my boyfriend and me. He assumed that we, being gay men, would have an answer for him. We did not, Dan, and so we turn to you. What happens to one if one has to fart while one is wearing a butt plug? —Gays Are Simply Stumped, Yes And Sincerely So

If one is wearing a butt plug ("wear: to carry or to have on the body or about the person as a covering, ornament or the like"), GASSYASS, then one may pass gas, silently or noisily, as one is wont to do, because a butt plug worn as a hat or a brooch or an epaulet — that is, a butt plug worn on the body — presents no impediment. But if one has fully inserted the bulbous end of the butt plug into one's rectal cavity, and one's sphincter muscles are gripping the neck of the butt plug, as they are wont to do, thereby ensuring that the bulbous end remains lodged in the rectal cavity while the flared base remains outside of the rectal cavity (one could, if one wished to be pedantic, argue that one wears the flared base of the butt plug against one's anus), what would then happen if one attempted to pass gas? The force of the gas would either dislodge one's butt plug, sending it flying across one's room, or, if one's butt plug failed to dislodge and take flight, cause one to simply explode.

I had a conversation with a friend who is an emergency-room physician. He told me about removing something — I can't remember what — from a gentleman's ass. My immediate response was to ask whether he had the flared-base talk with the gentleman after the fact. His response? "What are you talking about?" I explained that if the gentleman had used a butt toy with a flared base, he wouldn't have been in the circumstances that brought him to the hospital. He had never thought of that and thanked me for the advice. My partner is a physician and has treated patients with anal "encumbrances." He gives the flared-base advice to anyone who seems like they might benefit from it — but he tells me this isn't something they go over in med school. This shocks me because it seems like a topic where a little education could do a lot of good. You should use your column to bring this to the attention
"of medical school administrators.
—Conscience Cleared

I am sharing your letter, CC, in the hopes that doctors all over the world read it and promptly incorporate your "flared-base" advice into their practice. If they don't, well, then we will just have to conclude that flared-base advice isn't given to patients by doctors — ER or otherwise — because doctors secretly enjoy digging various foreign objects out of the variable rectums of various gentlemen.

As I was reading the letters in the last Savage Love, it occurred to me that the debate over polyamory as a "sexual orientation" is primarily one of definitions. Some folks who are poly see that as just as "core" to their nature as their gender preference. Therefore, I propose the following framework. We all have a sexual identity composed of four components:

1) Our gender identity ranging from cis to trans.

2) Our sexual orientation ranging from homo to hetero.

3) Our sexual exclusivity ranging from purely monogamous to purely polyamorous.

4) Our sexual interest ranging from asexual to highly sexual.

In my view, these four components are equal in that they are all things that we are rather than things that we choose. While it is possible to choose a lifestyle that deviates from one's sexual identity, in all cases doing so entails stress, cognitive dissonance, and some degree of self-loathing. Like all conceptual frameworks, this one is not necessarily complete. It fails to include sexual interest in animals, particular age groups, or any of several hundred kinks, all of which are traits that seem to be more identity than choice. That said, I do think there is something unique and universally applicable in the four-component scheme, and I think that we should as a society set a goal of acceptance and nondiscrimination surrounding all aspects of sexual identity. —Just My Thoughts

I like your model, JMT, but it has to be said: At a certain point, endless Tumblr-enabled debates about sexual identity, gender identity, sexual orientation and sexual interests take on the flavor of those how-many-angels-can-dance-on-the-head-of-a-pin debates that obsessed theologians in the Middle Ages.

For the record: Each of us is free — and remains free — to identify however we wish and to apply the labels "identity" and/or "orientation" however we please. If a particular person isn't trying to take anything away from you, then the fact that the person holds slightly differing views on identity or orientation, or the meanings of those words, or just how many angels can dance on the head of a pin, well, it really isn't an enormous fucking deal, is it? And, in my opinion, those who spend their time debating, classifying and unpacking sex and identity run a very real risk of disappearing up their own ass in a puff of santorum. Which is my way of saying ...

No, I won't be giving a column over to angry letters from buttsore people who feel that D/s is their sexual orientation, despite being told that I must because last week I suggested that, from my point of view, D/s is a sexual identity, not an orientation, and I gave a column to angry poly folks so it's only fair and blah-blah-blah.

Find Dan Savage's weekly podcast every Tuesday at thestranger.com/savage. Reach him at [email protected] or @fakedansavage on Twitter