The numbers show a slight increase from last week, but experts note some cases are not being recorded 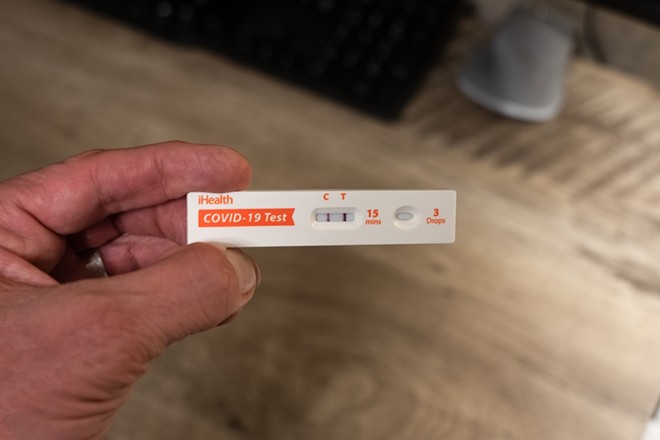 Shutterstock
A person holds up a positive COVID-19 test result.

New COVID-19 cases in Michigan over the last week total 9,814, according to statistics released Tuesday by the Michigan Department of Health and Human Services (DHHS).

The numbers show a slight increase from last week, with an average daily caseload of 1,402.

DHHS reports a total of 3,008,261 Michiganders have tested positive for COVID-19 since the start of the pandemic. In total, 41,001 people have died from the virus with 165 deaths reported on Tuesday compared to 69 the week prior.

As home testing increased during the last year, experts note some cases are not being recorded.

The virus has been detected in all of Michigan’s 83 counties. The state’s COVID-19 fatality rate remains at 1.4% as of Tuesday.

As of Monday, the state reported a total of 1,249 COVID-19 hospitalizations across Michigan hospitals, an increase of 65 from the previous week. The state also reported that 170 COVID-19 patients are in the Intensive Care Unit (ICU), which is 37 more than last week.

The first two cases of COVID-19 were reported in the state on March 10, 2020. Gov. Gretchen Whitmer declared a state of emergency that day.

The community risk level for Michigan remains at “medium” following its increase from “low” in mid-December.

There are 41 counties across the state at “medium” risk level, an increase over last week’s 33. The remaining 40 counties are at a “low” risk level.

Michigan currently has an overall vaccination rate (one or more doses) of 69.3%, putting it in the lower half of state vaccination rates. About 62% of the state’s population has been fully vaccinated.

About 79% of the entire United States population has received at least one dose of a COVID-19 vaccine.