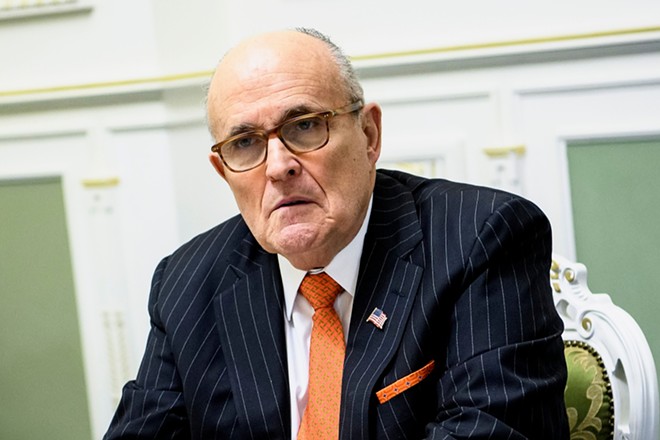 Antrim County Prosecutor James Rossiter refused a request by Rudy Giuliani and other legal advisers to former President Donald Trump to seize the county’s voting machines after the 2020 election and give them to the Trump campaign, the Washington Post reported Wednesday.

Rossiter, a Republican, told the Washington Post that Trump’s team called him with the request after Antrim County initially misreported its election results, showing Joe Biden leading Trump in the Republican area. The county quickly became a magnet for Trump’s false claims that the 2020 presidential election was stolen, even after the results were corrected and Trump won the county.

“I said, ‘I can’t just say: give them here.’ We don’t have that magical power to just demand things as prosecutors. You need probable cause,” Rossiter told the Washington Post.

“I never expected in my life I’d get a call like this,” he added.

“Democracy prevailed in 2020 because people with integrity on both sides of the aisle did the right thing,” Secretary of State Jocelyn Benson, a Democrat, said in a statement to the Michigan Advance following the New York Times report. “It will only prevail in 2022 and beyond if we continue the work of building a nonpartisan, pro-democracy coalition committed to following the rule of law and upholding the will of the people.”

In a Dec. 9 memo obtained by the New York Times, the effort in Michigan was deemed “slightly problematic” due to a requirement in state law that electors meet in the Michigan Senate chamber, which the memo suggested “could be a bit awkward.”

As a solution, the memo recommended the false electors meet in the Senate’s public gallery, since they would not be able to get onto the floor.

However, the fake slate of electors was blocked from entering the Capitol by law enforcement, as the building was closed to the public due to security concerns.

Originally published by Michigan Advance. It is republished here with permission.