Clients include Alberta Adams, the Four Tops, the Detroit Jazz Festival, and more. 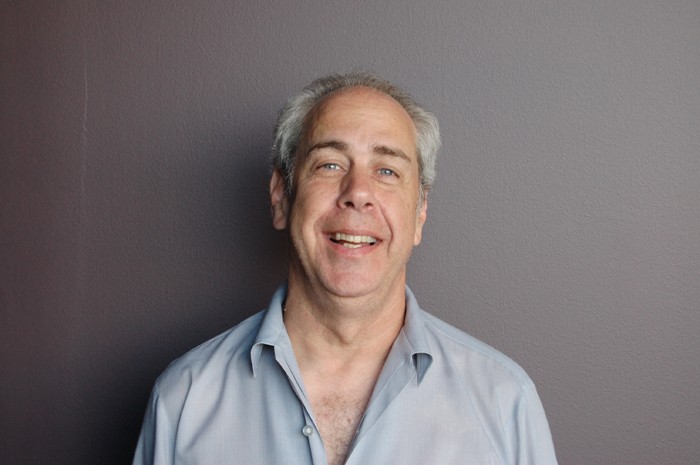 Matt Lee is a publicist with a client roster that includes such musicians as Alberta Adams, the Four Tops, the Detroit Jazz Festival, and Mack Avenue Records, among many others. He’s been in the biz for 15 years, proud to promote Detroit art and culture in any way he can. He’s a relentless and energetic PR man around town, so we sat down with him to try to get some of that enthusiasm down on paper.

Metro Times: When and why did you get into music publicity?

Matt Lee: There was never any predirected way to do it. I was a musician for years and years, and I loved playing music. I love music. Everything I do with my practice is an outgrowth of rhythm & blues and soul music mostly being my passion in life. I’m lucky because every day I get to lift up Detroit art, music, food, events — I’ve done 140 independent CD releases in the last 15 years. It’s really cool that every day I can lift up Detroit art and culture. I’m glad I can do it — I don’t know what else I would do.

MT: Who was your first musician client?

Lee: It’s hard to remember now, but I want to say the great Lyman Woodard. I’m so lucky that many people that I’ve admired from afar, I’ve gotten to work with. My client list is pretty cool. I do the jazz fest, I do all the Campus Martius stuff, Mitch Albom’s radio show, the Four Tops, and I’m always doing one or two independent CD releases. Right now, we’re doing well with the Infatuations and Olivia Millerschin. It’s mostly based on who’s doing stuff at the time. A lot of it’s done on the fly.

MT: What are the biggest misconceptions about publicists?

Lee: I wonder if people really understand what publicists do. About 90 percent of my practice is media placement. I’m just a mechanic. People pay me to get free publicity. and all I do is take their ideas, their concepts, and help tell their story. At the end of the day, all I really do is help people tell their story. You do it various ways, but the biggest misconceptions about we do is that it’s all about schmoozing. Mostly, it’s based on the exchange of good information.

MT: How do you choose new clients?

Lee: It’s usually precluded by who comes to you. Most of these people I’ve known and worked with before. Olivia Millerschin’s people came to me because they saw my work for the music awards. I’m the publicist for the DMAs. I made a couple of moves for them, her parents got a hold of me and thought it would be a good idea if we worked together. To be a good publicist, it requires an acute attention to detail and good communication skills, both written and verbal. Those two things will get you far. I probably know a little more about music than most people who do what I do because it’s my passion in life. I can tell a writer, a producer, somebody in charge of putting the news on, where somebody’s at pretty quickly. I’d like to think I’ve attained a good amount of credibility.

MT: Do you ever turn people down?

Lee: I’m a professional, and I’d like to think that I could represent you regardless of the genre or personal taste. Because of attrition in media, there are less people to take this stuff to than there were before. Zappa said that writing about music is like dancing about architecture. Often it’s a process of letting folks know where an artist is at and where they fit in, in the grand scheme of things. That’s another thing that’s important for a publicist to do — let the client know where they fit in. They’ve never seen your desk. I have, so I know how you guys are inundated with so much stuff. It’s not lowering the expectations of the client, but making them reasonable.

MT: How has the industry changed?

Lee: The landscape has changed so many times between attrition and media. There are less people to take the stuff to, which explains why genre doesn’t matter. The same writers are covering all genres. That’s how it changed. Also, the Internet has given us as much as it’s taken away. The Internet has negated the ability to sell person-to-person, face-to-face. It’s changed the way we communicate, but it’s also made it easier for the artist to do more on their own. Thankfully, people still need conventional means of promotion to drive them to the website. You have to do a better job with the pitches and make sure your materials are good.

MT: Is it harder to do what you do in Detroit?

Lee: No, it’s probably easier. Detroit is a great media town; always has been. I think it would be very difficult to do what I do independently in New York, L.A., or even Chicago. The media is harder, and people are even more jaded.

Lee: I love working with the Four Tops. Duke’s, like, the best guy in the world. It’s such an iconic group. When Pete Townshend said, “It’s the singer not the song that makes the songs move along,” he might have been a little wrong on that one. With the Tops, those songs will be here longer than you and I. The music that came out of this town — these are some of the greatest songs ever written, period.

MT: You must have some funny stories …

Lee: Funny shit happens all the time. Like, I lost Ben Vereen once for 45 minutes. This is a multifaceted talent, but a true professional. We finally got him to the station we were recording at, and immediately the producer sensed that there was something a little bit wrong with Ben that day. But let me tell you, when the interview started, he was doing everything. A true professional really knows what he’s doing.