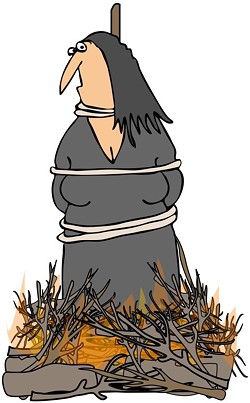 If we all went by Jack Lessenberry’s logic [from] his most recent article, Ron Paul would be in the oval office today. We all know you didn’t vote for [Ron Paul], Jack, so what’s your excuse? Paul’s top three donor employers were branches of the military; Obamney’s [sic] include JP Morgan, Goldman Sachs, and Credit Suisse. It would be nice to hear Jack defend his support of Obama in this context.

The dander was raised among some readers after we published a piece by Alternet.com’s Amanda Marcotte [10 Most Absurd Sex Tips from the Christian Right, May 29-June 4, 2013; Vol. 33, Issue No. 33].

Regarding Amanda Marcotte: please get rid of this woman from your paper.  She is an informed hack with an agenda.

Reading the latest Metro Times and, more specifically, the article by Amanda Marcotte, I’ve come to the conclusion that what the magazine really needs to do is to make a greater emphasis to be even more far left-leaning than the magazine is now.

It’ll help speed things along. Why beat around the bush and continue with the pretense that the magazine has anything to do with entertainment when it’s clear this is nothing more than a socialist propaganda rag in sheep’s clothing?

The non sequitur, snarky and ridiculous snipe piece by Amanda Marcotte on the “10 most absurd sex tips from the Christian Right” is yet another example of how the editors of this magazine are clearly far more interested in progressive propaganda and pointless attacks on people they disagree with, than they are with informing readers about entertainment in the region.

So let’s cut the pretense and save everybody a lot of trouble and confusion. Just go ahead and rename the magazine to something more accurate like “Sophomoric Progressive Propaganda Weekly” and do away with all of the garbage about entertainment and happenings around town?

Because I’m sure alienating an even greater percentage of your potential readers will help with your distribution and sales, or put this birdcage-liner in the scrap heap of numerous other similar rags that accelerated its [sic] demise by getting off topic and hijacking the magazine to fulfill a personal political activism agenda.

— Bored with the Blather, via email