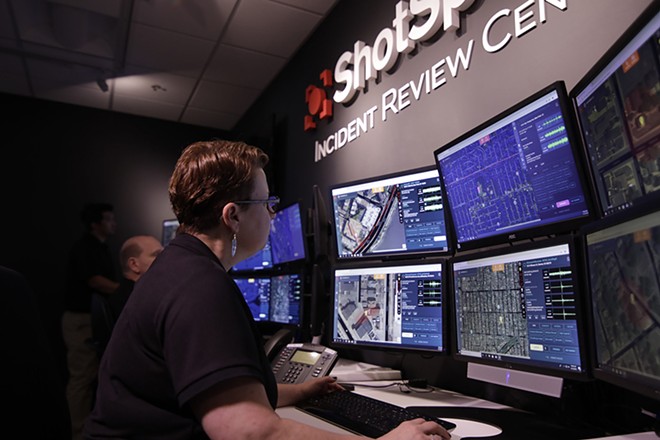 A group of Detroiters sued the city of Detroit on Wednesday, alleging that it violated an ordinance by improperly approving contracts for ShotSpotter, a controversial technology that critics say is unproven, invasive, and racially discriminatory.

The lawsuit filed in Wayne County Circuit Court argues that the city violated its own ordinance by failing to be transparent and involve the community in approving the technology.

The city’s Civilian Input Over Government Surveillance Ordinance requires the city to release a report that reviews and examines the potential adverse impacts of surveillance technology at least 14 days before it is discussed.

The lawsuit, filed by the Detroit Justice Center, Sugar Law Center for Economic and Social Justice, and Schulz Law PLC, argues that the city failed to meet its obligation, and therefore the contracts should be voided.

“The City did less than the bare minimum to meet this obligation, placing itself in violation of the law and robbing residents yet again of their right to seriously examine decisions that significantly impact their lives,” the law firms said in a news release.

In September, the Detroit City Council voted 6-3 to renew the city’s current $1.5 million contract with ShotSpotter and delayed voting on expanding the technology.

Two weeks later, despite strong resistance from the public, the council approved a $7 million contract to expand ShotSpotter.

In a statement to Metro Times, Detroit Corporation Counsel Conrad Mallett responded, “We believe this lawsuit to be without merit.”

ShotSpotter relies on a network of sensors to detect gunshots. Detroit police have praised the system as a key component of the department’s efforts to combat escalating gun violence, saying it enables officers to arrive faster to a scene than if they waited for a 911 call.

But activists and some council members said the technology is unreliable, invasive, and racially discriminatory. Among the concerns is that police responding to gunshots are bracing for a potential violent encounter. People in the vicinity of the gunshots could be mistaken for suspects, and the system increases encounters between cops and Black people, which raises the risks of police-involved shootings and brutality.

Critics of ShotSpotter pointed out that other cities, including San Antonio, Texas; Charlotte, N.C.; Trenton, N.J.; and Troy, N.Y., have canceled their contracts with the company behind the system. Other cities, like Grands Rapids and St. Paul, Minnesota, have rejected the technology.

An Associated Press investigation found numerous flaws in the system and found that it can mistake the sounds of fireworks or cars backfiring for gunshots.

None of this information was included in Detroit's examination of the technology, which is required by the ordinance, the lawsuit states.