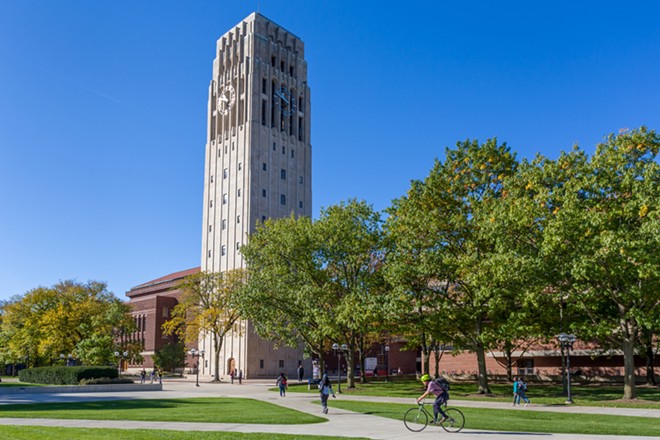 A University of Michigan professor is accused of racist and misogynistic behavior directed at a female colleague who is Egyptian and Muslim, according to a federal lawsuit.

The lawsuit filed in U.S. District Court for the Eastern District of Michigan alleges urology professor Mark L. Day relentlessly harassed Layla Fakhr El-Din El-Sawy while they worked together on cancer research between 2012 and 2017, The Detroit News reports.

El-Sawy and the Egyptian European Pharmaceutical Industry, the company where El-Sawy is a senior scientist, filed the lawsuit against Day and the UM Board of Regents as defendants. They’re seeking more than 6 million in damages, alleging breach of contract, violation of disclosure agreements, and harassment and discrimination.

El-Sawy accused Day of “shoddy research” and falsifying an experiment.

According to the suit, Day once told her, “I am a white guy in the United States and I can do whatever the hell I want and nobody will believe you.”

The suit alleges Day treated El-Sawy differently than other colleagues and subjected her to "relentless harassment and discrimination" because she’s an Arab and Muslim woman from Egypt.

"Day did not exhibit the same behavior towards white people, Americans, or men who worked in the laboratory," the lawsuit claims. UM spokesman Rick Fitzgerald said the university “will carefully review the complaint.”