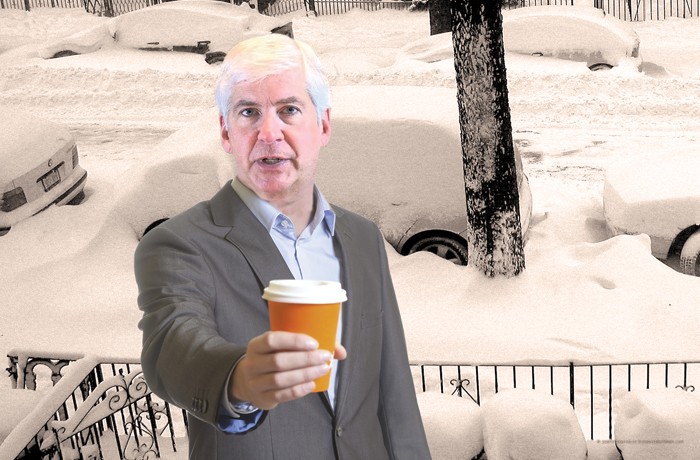 Once upon a time, a lot of us thought politics — and government — could be used to make life better for people. That’s what Franklin D. Roosevelt and the New Dealers thought when they pushed through programs that probably saved capitalism and democracy, programs we’re still using today: Try imagining our country without Social Security.

That’s what John F. Kennedy believed: “If a free society cannot help the many who are poor, it cannot save the few who are rich,” he said in his famous 1961 inaugural address. Trust me, he didn’t mean help them by giving them a tax cut or cutting back regulations. He meant using tax dollars to help them get an education, get better housing, cleaner water and job training.

Lyndon Johnson knew very well government could help people. He had grown up surrounded by poverty in rural Texas, where electricity was an impossible dream. A half-century ago this month he launched the War on Poverty, which today is sneered at by the braying talk-radio donkeys. Nobody would deny that LBJ’s programs had failures and excesses. Some of them weren’t sufficiently thought-out. Some had too much idealism about the poor.

But the fact is that the War on Poverty did work — and would’ve worked far better if the Vietnam War hadn’t drained resources to fund it. As a story in the Jan. 5 edition of the New York Times put it, despite everything, those efforts have “… succeeded in preventing the poverty rate from climbing far higher. There is broad consensus that the social welfare programs created since the New Deal have hugely improved living conditions for low-income Americans.”

Well, of course they have. Imagine life without food stamps. Incidentally, I have never been on food stamps. Never been on welfare, either. I did get unemployment once, for a few weeks, decades ago. Otherwise, I have cheerfully paid into the system.

Today, I have a very nice life. I’m not rich, but have a nice house in a great neighborhood; I have a car and am stubbornly healthy. I have no children to educate. While I’m a full-time public university faculty member, I also make money in the private sector.

Depending on how long I live, I may well end up paying more in taxes than I get in cash benefits, which is precisely as it should be. I had a decent public school education, which enabled me to go to state-subsidized universities that, in turn, allowed me to eventually succeed by working hard. Millions of other kids did the same and, when they succeeded, society won in all sorts of ways.

Most Americans understood that 50 years ago. Today, we seem to have forgotten it. Since 1981, we’ve been engaged in a vast transfer of wealth from the poorest to the richest Americans. We don’t seem to think we ‘re all in this together.

Few seem to believe government can help people — or that we owe anything to our fellow man not as well off as we are.

You can often see their sneering comments online. Yes, sir, there seem to be a lot of “conservatives” out there, eager to fight what they believe to be “socialism.” So what’s the end game in this?

What if the nasty, crabbed, short-sighted policies recommended by the Ted Cruzes and Rand Pauls, the Dave Agemas and Rick Snyders play out to their logical conclusion?

That’s pretty easy to see: There will be a few rich people living in gated communities guarded by private security forces. Pretty much everybody else will be drudges with little hope, working for meager wages and minimal or no benefits.

Women will be second-class citizens, unable to feed and properly care for the children they’re forced to have.

The truth is, the reason the right wing is so desperate to vilify the Affordable Care Act is not — as they falsely claim — that it will be a massive failure. They know that many people will soon realize it’s a very good deal, much better than anything they’ve had before. They no longer can be denied health insurance because of any pre-existing conditions, which is a huge game-changer.

People can now keep their kids on their health insurance until they’re 26, which is already helping college students everywhere. Obamacare means that millions and millions of people are going to have health insurance who had previously gone without.

The Affordable Care Act should mean that our emergency rooms will no longer be clogged with people needing primary care.

It will also mean some people who currently have insurance plans may have to pay a little more or may not have exactly the plan they want. In my case, it apparently means I’m going to have to pay considerably more for the long-term care insurance I buy in case I have some catastrophic event.

You know what? Deal with it. In the event the Affordable Care Act inconveniences you, remember this: Life is not just about you.

Hey, I‘m not Mother Teresa here. I, too, like comfort and petty luxuries, and wish I didn’t have to pay more for anything. But there’s such a thing as fairness, and you don’t have to be an economist to see that this nation will be far better off if we have a healthier population. Not to mention, a better-educated, better-housed, and better-fed population.

What kills me is that there are still people fully employed in the private sector who understand perfectly well that government can have a positive impact on people’s lives. They include the millionaire heads of corporations.

You saw this most clearly five years ago when the CEOs of General Motors and Chrysler came, wringing their hands, to Congress to ask for socialism for the rich. They wanted the government to bail their companies out, which is what eventually happened. The result? The car companies are now rolling in profits; a new Great Depression was prevented and tens of thousands of jobs were saved.

Government isn’t perfect. But it can indeed make life better … and not just for corporations.

Do Our Leaders Care About Us?

Normally, whenever there’s any kind of natural disaster, our political leaders feel compelled to show up — regardless of how sincere or not their empathy really is. New York Mayor Rudy Giuliani was at Ground Zero on Sept. 11, 2001. New Jersey Gov. Chris Christie was on the beach in 2013 after Hurricane Sandy; even George W. Bush turned up — eventually — in New Orleans after Hurricane Katrina.

The power outage that affected tens of thousands of Michigan homes at Christmas wasn’t anywhere near that terrible, but it ruined the holidays for a lot of people who found themselves shivering and looking for warming centers.

One might have expected Gov. Rick Snyder to show up with mugs of cocoa and generators, or at least to appear on TV and appeal for help. He said and did nothing.

Well, a press spokesman told me that wasn’t quite true: “He issued a press release.” This might have presented a golden opportunity for his Democratic challenger, Mark Schauer.

But he, too, failed to show up.

As for lawyer J. Peter Lark, the fabulously overpaid ($300K) general manager of Lansing’s Board of Water & Light: he went to New York City on vacation. It is a sad state of affairs when even those asking for the people’s votes this year no longer feel compelled to pretend they care about them.