Housing advocates predict a massive wave of evictions and foreclosures once the moratorium on evictions is lifted, unless the state puts together a comprehensive program to assist families thrown out of work by the COVID-19 crisis.

Michigan is home to more than 2.5 million renters and many are suffering.

"The sooner we can get rental assistance for those who can't make their rent or make their mortgage payments, the better," she says. "So that we are able to avoid having this mass amount of people pushed into homelessness."

The state so far has received more than $152 million in CARES Act funds. Since the money isn't earmarked for a specific use, advocates hope that the state will create a rental assistance program to mitigate the looming eviction crisis in Michigan.

Jeremy DeRoo, executive director of LINC UP, a neighborhood revitalization organization in the Grand Rapids area, says his nonprofit group has already given out $50,000 in rental assistance. But he says the remaining need among those out of work is immense.

"They are unlikely to ever recover the money that they've lost in lost wages," DeRoo says. "And so their ability to catch up is very, very slim.

"And so what's going to happen, once things start to return to some sort of new normal — the rent will still be due, and they will not have it and we'll see a significant number of evictions."

Counties are working to hold legally required public hearings on the best way to spend the money, but due to federal rules, local agencies will need permission to use the money to prevent homelessness, instead of solely using it for shelters and rapid rehousing without a statewide plan. 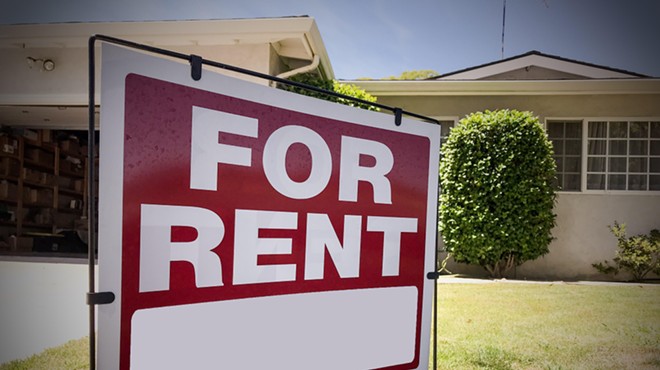