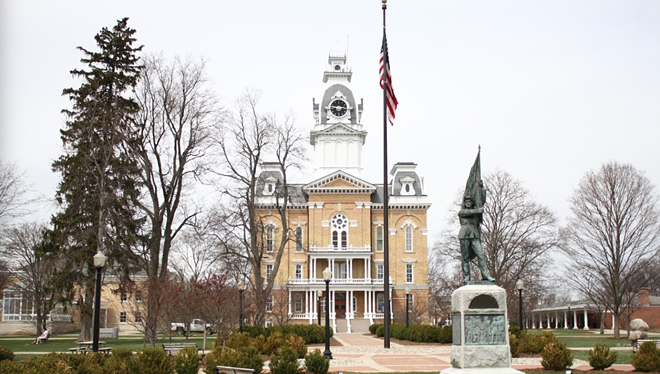 According to Arnn, the concept of the free online course deliberately refutes the liberal bias he has stated on numerous occasions he perceives in other secondary school and college textbooks as well as the New York Times 1619 project. The 1619 Project, Arnn said in a statement, is “an ideological campaign to undermine Americans’ attachment to our founding principles and to the Constitution by making slavery — rather than the principles of liberty that ended slavery and preserved our liberties for nearly 250 years — the principal focus of American history.”

Hillsdale’s website states the course “explores the true history of America as a land of hope founded on high principles, contrary to the view that prevails today among many professional historians. In considering the great achievements and cherished memories of America’s past, as well as important shortcomings and failings, it reveals timeless lessons about human nature.”

Daniel Oliver, chairman of the Education and Research Institute, former Chairman of the Federal Trade Commission and former executive editor of National Review, has been a longtime critic of recent trends in history textbooks, which he told The Center Square lean toward a leftist bias.

“Since the passage of the No Child Left Behind Act in 2001, a public school’s funding has depended partially on the regurgitation of government-endorsed facts,” he said.

“That’s often left educators without the time to teach their subjects any other way, even if they want to. Most alarmingly, the textbooks commonly used in today’s public high schools have such a partisan bent that it’s a miracle any students are able to complete their studies without turning into card-carrying members of the woke, intersectional, crazy left,” Oliver said.

“The study of American history gives meaning to our place in the world and exerts a powerful influence on our perception of current events,” Oliver continued. “Thomas Jefferson said that a public education ought to be chiefly historical for civic reasons — because it will qualify them as judges of the actions and designs of men,” he said.

“Schools should stick to presenting the facts and let students form their own opinions,” Oliver concluded.