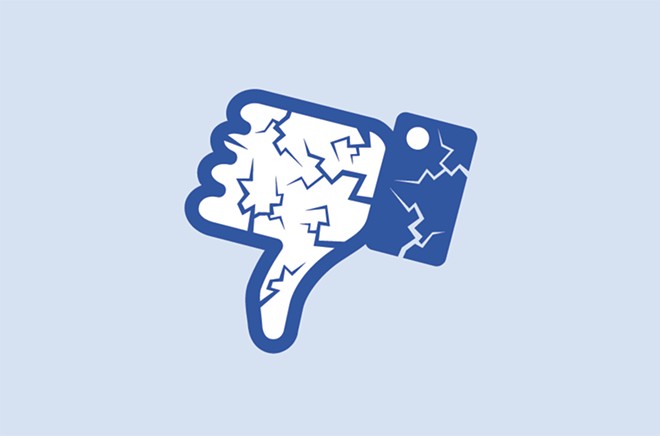 This is awkward. Monday is when we put together pages like the one you’re reading now. Usually, we scour the comments on our social media pages for reader feedback, because people just don’t write thoughtful, good old-fashioned letters to the editor anymore. (Or even emails, for that matter.)

But on Monday, the mighty Facebook (and Instagram and WhatsApp, which the social media company also owns) went mysteriously offline. The blackout happened on the heels of a whistleblower named Frances Haugen coming forward, who had been leaking internal memos to the Wall Street Journal, sparking a series of bombshell reports that indicated, among other things, a fraught internal culture at the tech giant, including acknowledgments that it was contributing to the negative mental health of young girls and stoking political divisions.

On Sunday, Haugen appeared on 60 Minutes to talk about why she did it.

We guess this is a good time as any to say FUCK FACEBOOK. The company decimated local news by forcing media outlets to provide their content for free in hopes of getting traffic, and allowed misinformation about the election and COVID-19 to run rampant. Support your local news!

Leyland "Lee" DeVito grew up in the suburbs of Detroit, where he read Metro Times religiously due to teenaged-induced boredom. He became a contributing writer for Metro Times in 2009, and Editor in Chief in 2016. In addition to writing, he also supplies occasional illustrations. His writing has been published...
Scroll to read more Letters articles