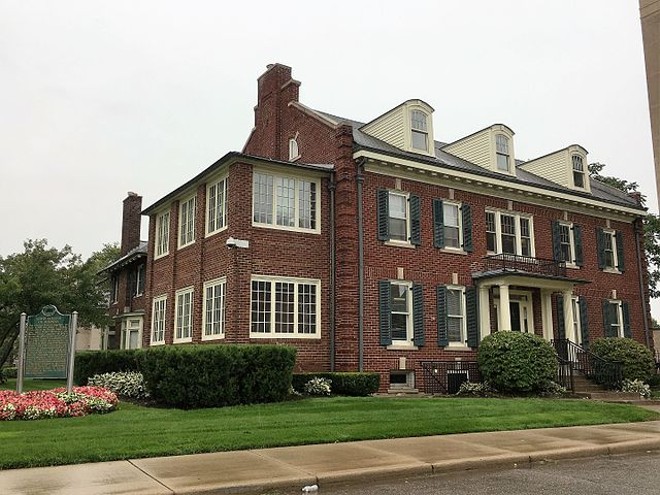 Historically Black Colleges and Universities (HBCU) have seen a steady increase in interest and enrollment since 2017, which many have directly correlated with the state of politics and the election of President Donald Trump.

Detroit once was home to its own HBCU, located on Detroit's west side.

The Lewis College of Business was founded in 1928 by Violet T. Lewis in Indiana as a secretarial school for Black women. The school relocated to Detroit in 1939, and operated in the city for nearly 75 years before it shuttered its doors in 2013.

Now, former Nike and Air Jordan designer Dr. D'Wayne Edwards seeks to reopen the historic university, and has found support from retailers like Target and the Gilbert Family Foundation.

"82 years later, and 14 years since it lost its accreditation as HBCU, I am honored to be resurrecting Violet T. Lewis’s legacy in Detroit,” Dr. Edwards said in a press release.

In order to fully open and operate as an education facility, PLC has to request approval from the Michigan Department of Education, and the state legislature has to approve the school's request to be recognized as an HBCU in the state of Michigan.

The reopening of the school has the full support of Mayor Mike Duggan as he says the lack of an HBCU in the city has left a void in the city's collegiate educational landscape.

"As a predominantly Black city, Detroit should have an operating Historically Black College. Not having one has been a hole in our educational landscape for too long," said Mayor Mike Duggan in a statement. "To have the first HBCU anywhere to reopen happen in Detroit would be a tremendous demonstration of how our city is coming back as a city of opportunity for people of color."

As it stands, PLC will not be located in the Lewis College building on Meyers, but inside CCS' A. Alfred Taubman Center for Design Education until a permanent Detroit location has been decided.

Earlier this year, plans to convert the original Lewis College building (which does have a state historical marker) into a low-income senior housing unit were announced as part of a $150 million housing project.

Enrollment for PLC is expected to open in December.

Born and raised on Detroit's Westside, Alex Washington is about as Detroit as they come. She judges your coney island order and serves a mean side-eye when anything across Eight Mile is called "Detroit." Her writing has been published in Real Detroit Weekly, The Detroit Free Press, Model D, BLAC magazine, and...
Scroll to read more Metro Detroit News articles