Fahirri Dannah was hospitalized with brain damage and a dislocated shoulder 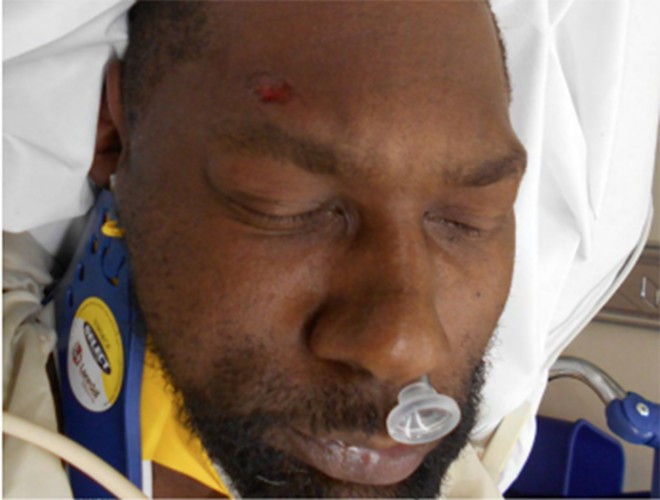 A Black Kent County man filed a federal lawsuit against the Grand Rapids Police Department and five of its officers on Thursday, alleging they beat him while he was unconscious following a traffic stop in November 2019.

Dannah was taken to the hospital with brain damage, a cut on his head, and a dislocated shoulder, according to the lawsuit.

The lawsuit comes less than a month after a Grand Rapids cop shot Patrick Lyoya, a 26-year-old Black man, in the back of the head following a traffic stop over an unregistered licensed plate.

“We have to ask the GRPD if this atrocity would have happened had his skin been white,” Marko said in a statement Friday. "When will this stop?"

Dannah was a passenger in a car that was pulled over for speeding on 11th Street and having an object hanging from the rearview mirror. After the driver consented to have his car searched, police demanded to search Dannah without probable cause, but he refused, the lawsuit states. The officers insisted they were going to “pat” him down for weapons.

Although Dannah again declined, saying he didn’t have any weapons, the officers insisted on patting him down.

“After several minutes of being harassed by the officers for no reason, Mr. Dannah attempted to end the encounter,” the lawsuit states.

Three officers responded by slamming Dannah's head into the police cruiser, causing abrasions and brain damage, according to the lawsuit. After he lost consciousness, the officers threw him to the ground, and one of the cops threw her body weight onto Dannah, dislocating his shoulder. Two officers then “punched the helpless Mr. Dannah,” the lawsuit alleges.

While he was unresponsive, an officer handcuffed him and falsely accused him of swallowing cocaine, even though a drug test later came back negative, according to the lawsuit.

Dannah was charged with assault, battery, and resisting and obstructing a police officer.

The lawsuit alleges the Grand Rapids Police Department has a habit of using excessive force because its officers are improperly trained and not disciplined for brutality.

“The deprivations (of Danna’s constitutional rights) were caused by the series of deliberately indifferent policies, customs, and established practices, including inadequate training, by the City of Grand Rapids,” the lawsuit states.