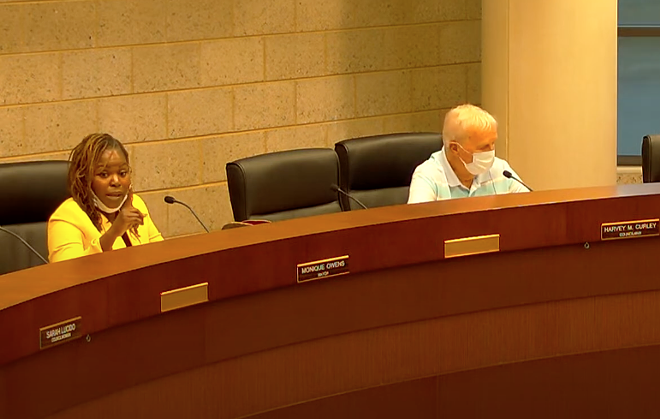 Four Eastpointe residents filed a federal lawsuit against Mayor Monique Owens on Wednesday for refusing to let them speak during a public comment period at a city council meeting.

The lawsuit filed in U.S. District Court in Detroit alleges Owens violated the First and Fourteenth Amendment rights of four residents who tried to criticize Owens at a public meeting in September.

The first-term mayor prevented the residents from speaking, insisting they had no right to criticize her. As the meeting descended into chaos, with Owens berating a resident for explaining the First Amendment, the council’s four other elected members walked out of the meeting and didn’t return.

It wasn’t the first time Owens prevented residents from criticizing her during the council’s public comment period. According to the lawsuit, Owens frequently uses her authority “to suppress dissent and criticism by interrupting and shouting down members of the public who criticize her or raise subjects she finds personally embarrassing.”

The lawsuit was filed by the Foundation for Individual Rights and Expression, or FIRE.

“This is Michigan, not Moscow,” FIRE attorney Conor Fitzpatrick said in a statement Thursday. “Public officials are elected to serve the people, not silence them. The First Amendment prohibits the government from requiring citizens to offer praise in order to be heard. FIRE is suing Owens to ensure that she no longer censors Eastpointers or tries to protect herself at the expense of the Constitution.”

At the September meeting, residents were questioning Owens’s actions after she alleged that Councilman Harvey Curley, who is in his 80s, assaulted her by yelling and putting his hands in her face during the open ceremony for Cruisin’ Gratiot on June 18. Owens was trying to speak at the event, but Curley was opposed, explaining that he didn’t want to politicize the event since it was operated by a nonprofit.

Mary Hall-Rayford, a community activist, school board member, and former chaplain, was the first to speak at the September meeting, but she didn’t get far.

“I’m going to stop you right there,” Owens said as soon as Hall-Rayford began to speak. “We’re going to stop the council meeting because I’m not going to let you speak on something that has to do with police.”

“I love Eastpointe. Eastpointe is my home,” Hall-Rayford said in a statement. “But every resident should have the freedom to express their thoughts about what happens in their community. Mayor Owens may not want to hear our feedback, but we have the right to speak up. Change doesn’t happen when people sit quietly.” 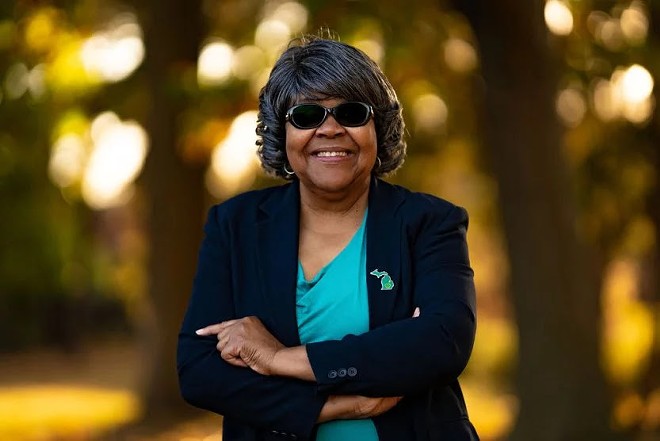 The intention of the lawsuit is to “stop Mayor Owens’s abuse of authority,” the complaint states.

“City council meetings aren’t safe spaces for elected officials,” FIRE attorney Harrison Rosenthal said. “They’re opportunities for politicians to get honest feedback from the public. FIRE will make sure that Owens and other mayors tempted to abuse their authority get the message that the First Amendment trumps their ego.”