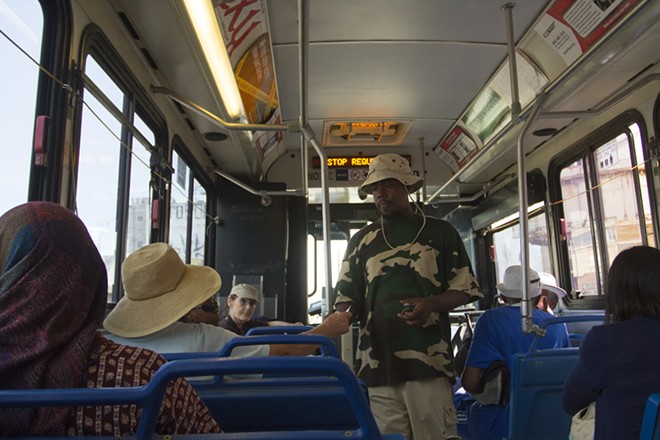 Detroit has shut down the city’s public bus system because a vast majority of the drivers refused to work over concerns about the coronavirus.

The city is negotiating with Detroit Department of Transportation drivers to alleviate their concerns in hopes of restoring bus service Wednesday.

"Due to the driver shortage, there will be no DDoT bus service today,” the city said in a statement. “We are asking passengers to seek other forms of transportation while we work to address our drivers concerns. We apologize for the inconvenience.”

Just after 7 a.m., the city issued a bulletin saying only 10% of the buses would be on the roads. Less than an hour later, the city shut down the entire system, which includes 215 buses at peak times.

About a third of Detroit residents don’t have access to a car, so the shutdown could have a serious impact on people who need to get to work, the grocery store, or the pharmacy.

Drivers have been expressing concerns that they aren’t adequately protected from the coronavirus. Among the concerns: The buses aren’t cleaned frequently enough, and drivers have been unable to wash their hands because of the statewide shutdown on many businesses.

As of Tuesday morning, SMART bus service had not been disrupted. The regional system is offering free fares and rear-door boarding to keep a distance between the drivers and the riders.

Michigan has more than 50 positive coronavirus cases, and health officials far more people are infected but have not been tested because of a shortage in testing kits. Health officials plan to announce more cases at 2 p.m. Tuesday.