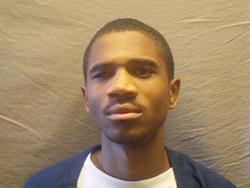 Davontae Sanford, a Detroit man who was released last month after serving several years in prison for a murder he didn’t commit, said this week the Detroit officer whose testimony was the linchpin in his case “literally ruined my life.”


On the heels of a decision by Wayne County Prosecutor Kym Worthy to not seek perjury charges against former Detroit police officer James Tolbert, Sanford told The Detroit News in an interview that he still feels victimized by the criminal justice system. Despite having his case vacated in June, his murder charges have yet to be dropped, as the judge overseeing his case continues to review unspecified elements of the case.


“Having these charges hanging over my head ... it’s like I came home with chains on still,” Sanford told the News.


Following an 11-month re-investigation by the Michigan State Police into the four homicides that landed Sanford in prison when he was 15, Worthy, in concert with Sanford’s attorneys, moved to dismiss his charges. Investigators found Tolbert, more recently an ex-Flint police chief, had allegedly lied during sworn testimony, saying Sandford drew a crime scene map, when in fact he drew the sketch. The statute of limitations for perjury charges expired Wednesday.


“In order to proceed with perjury charges, we must prove beyond a reasonable doubt that Tolbert’s testimony on July 13, 2010, was false,” Worthy said in a statement Tuesday. “There were only three witnesses to the drawing of the sketch in question. Two of them, Davontae Sanford and James T‎olbert, are unavailable to us.”


Worthy continued: "The third person is Sgt. Michael Russell, and his testimony does not support a perjury charge. The bottom line is that there is an important legal distinction between acting on evidence that undermines a conviction, and proving beyond a reasonable doubt that someone has committed perjury.”


The prosecutor said Sanford’s attorneys had conveyed in a letter he would invoke his Fifth Amendment rights. “At this time, the case has not been dismissed by the court,” the prosecutor’s office said in a release. “The Wayne County Prosecutor’s Office cannot issue charges knowing that there is a possibility that Mr. Sanford will not testify.”


Sanford’s attorneys immediately pushed back on Worthy’s characterization of the letter.


“Friday afternoon when I was out of the office, the prosecutor’s office dropped off an investigative subpoena for Davontae Sanford to testify Monday afternoon in an investigation of James Tolbert for perjury,” a statement from the attorney team reads. “I objected to this short notice by letter, and Mr. Sanford did not appear for an interview yesterday.”

The statement continued: “Kym Worthy’s statement released today did not include an important part of the letter that I sent to her office.  I advised Ms. Worthy’s office in my letter that Mr. Sanford indeed would be willing to testify after the charges against him were dismissed.


“My letter stated that Mr. Sanford’s testimony would be ‘that contrary to Tolbert’s testimony before Judge Sullivan, James Tolbert drew the diagram of the house and Mr. Sanford drew the bodies based on information provided to him by the police because Mr. Sanford had no first-hand personal knowledge of his own as to their location.’”


A spokesperson for the prosecutor’s office reiterated that Worthy has “stated all of the legal reasons why” charges couldn’t be brought against Tolbert.


Sanford told the News that he had every intention of testifying against Tolbert.


“This man literally ruined my life,” he told the newspaper.