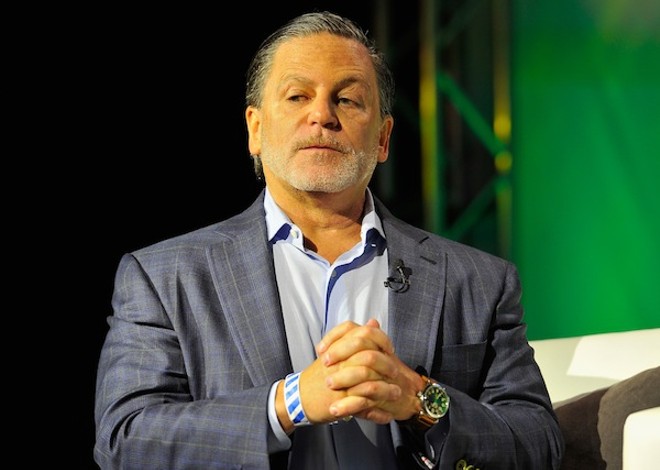 Billionaire developer Dan Gilbert is slowly rebuilding his life after suffering a stroke in May with the help of a wheelchair and a black Lab service dog named Cowboy.

On Friday, the founder and chairman of Quicken Loans plans to deliver his first public speech since the stroke as he’s honored by Crain’s Detroit Business as the publication’s first Newsmaker Hall of Fame.

"When you have a stroke, here's the problem with it: Everything is hard. Everything," Gilbert told Crain's. "Like you wake up, getting out of bed is hard, going to the bathroom is hard, sitting down eating at a table is hard. You name it. You don't get a break. You're like trapped in your own body."

Gilbert, 58, suffered an ischemic stroke on the right side of his brain, which temporarily paralyzed his left arm and leg. His recovery has been steady, but he has a long way to go.

“I can grab a ball and drop it into a box sometimes,” he told Crain’s. “But not always.”

According to Forbes, Gilbert is the richest Michigan resident, valued at $6.3 billion.