Complaint alleges Detroit Institute of Arts does not qualify for reaccreditation 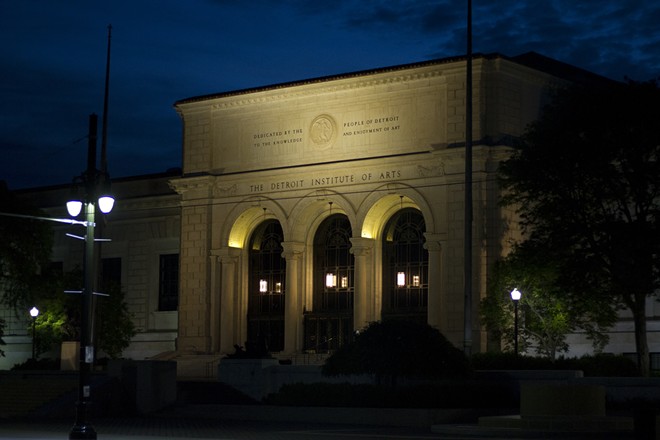 Two years after an investigation found Detroit Institute of Arts director Salvador Salort-Pons presided over an “autocratic” workplace, the museum’s accreditation is being challenged.

Nonprofit law firm Whistleblower Aid filed a complaint against the DIA in June, arguing it does not meet the criteria for reaccreditation through the American Alliance of Museums (AAM) due to multiple years of financial mismanagement, violation of employment law, race- and gender-based hiring, and retaliation against employees who speak out against museum leadership.

The DIA undergoes the reaccreditation process every 10 years to show that it “follows the highest standards of practice in the art museum industry,” according to an April 2022 newsletter. The museum began the process last November, which includes submitting several documents related to the institution’s mission, vision, and strategic goals, among others, as well as a site visit from AAM committee members. The application was scheduled for review in June.

Whistleblower Aid’s complaints stem from toxic workplace allegations by former employees in 2020 and a subsequent investigation. Leaked audio from a confidential meeting in November of 2020 between the DIA’s legal counsel, board of directors, and Washington D.C.-based firm Crowell & Moring, which the museum hired to conduct the investigation, supports those allegations.

The investigation, which included interviews with 22 current and former DIA staff members, revealed several instances of Salort-Pons retaliating against employees (most often women) for making complaints against him. Retaliation often came in the form of the employee being excluded from future meetings and in some cases resulted in demotion, according to the recording. This led to women in management positions leaving their jobs at the museum at higher rates than their male counterparts.

At least six members of the DIA’s Board of Directors resigned in protest after Salort-Pons was retained, despite the findings of the Crowell & Moring investigation. Salort-Pons has been the DIA’s director since 2015.

In 2021, when the recording was leaked, DIA board chair Eugene Gargaro released a statement saying the museum had taken actions toward a fair and inclusive workplace, including establishing a confidential hotline for employees to report concerns and working with a diversity firm.

However, Whistleblower Aid founder and chief executive John Tye isn’t satisfied with that response. The law firm represents multiple current and former DIA staff and board members who were “mostly pushed out or resigned in disgust.”

“My clients have instructed me to file this complaint with all of you, because DIA should not be accredited, and because they sincerely hope that its failure to obtain re-accreditation can help force the museum to make long-overdue changes,” the disclosure Tye sent to AAM reads.

“It’s a way to force Port-Salons out,” Tye tells Metro Times by phone. “A whole bunch of people have failed to do their jobs here. It’s shocking that they’ve been unable to meet even a basic standard. We’re not asking them to go above and beyond, we’re just asking them to follow the law and hire a credible director.”

In order to be accredited, a museum must meet criteria such as being committed to public accountability and transparency in its mission and operations, and having governing authority and staff that legally, ethically, and effectively carry out their responsibilities.

The June disclosure to the AAM lays out a laundry list of grievances, including that the DIA engaged in “repeated unlawful, race-based and gender-based hiring decisions.”

This is backed up by the leaked audio, in which an attorney with Crowell & Moring states they found evidence that Salort-Pons directed museum employees to hire applications based solely on their race without regard for their qualifications.

They go on to say, “We heard people describe to us the perception of tokenism, and in a particular case. ... We found that there was an instance in which Salvador had directed a director at the museum to hire an African American woman into a role as an assistant curator of contemporary art. This was someone who had no art background or museum-related experience or other relevant qualifications for the role. The employee later resigned, complaining that she had been a victim of tokenism. That is actually unlawful conduct.”

Tye says the DIA has essentially pretended nothing happened and moved on.

“The leaked audio recording from over a year ago has the lawyers on tape saying Salvador broke all of these hiring discrimination laws,” he says. “The board never demanded to see a written version of the report, and then they voted Salvador through for another term. Most people left the museum in disgust, and the rest of the employees are afraid to speak out.”

Whistleblower Aid was first retained by DIA staff members regarding a conflict of interest issue after Salort-Pons' father-in-law loaned an El Greco painting to the museum, which could increase its commercial value. The DIA later conducted an internal investigation that cleared Salort-Pons of any wrongdoing.

The law firm's letter to the AAM also includes an IRS Form 990 from the DIA that shows several fundraising efforts from fiscal year 2017 resulted in a loss of $1 million. Tye says this is further evidence of financial mismanagement and poor leadership.

When asked to comment on Whistleblower Aid’s latest complaints, the DIA sent a statement noting the allegations are several years old and have already been addressed by the museum, including the El Greco painting controversy:

“At the time, the DIA commissioned an independent, Washington D.C.-based law firm to conduct a comprehensive, months’ long review of the allegations and the DIA’s related practices and procedures. The review concluded that the crux of the allegations were without merit. While we were relieved to learn of the findings of the report, through the process we recognized there was room for improvement in how we engage with all of our valued constituencies. To that end, the DIA initiated a process of heightened engagement with its internal constituencies designed to facilitate open dialogue within the institution and promote the ongoing advancement of the museum’s culture and operations. We are proud of the success of this initiative and the DIA is fully committed to a process of continual improvement and enhancement of our practices.”


AAM declined to comment when asked whether the organization is considering Whistleblower Aid’s disclosures as it reviews the DIA’s application.

“We are aware of the documents you referenced,” a media spokesperson for the AAM said in an email. “It is our policy not to discuss the status or specifics of a museum's accreditation or reaccreditation process.”