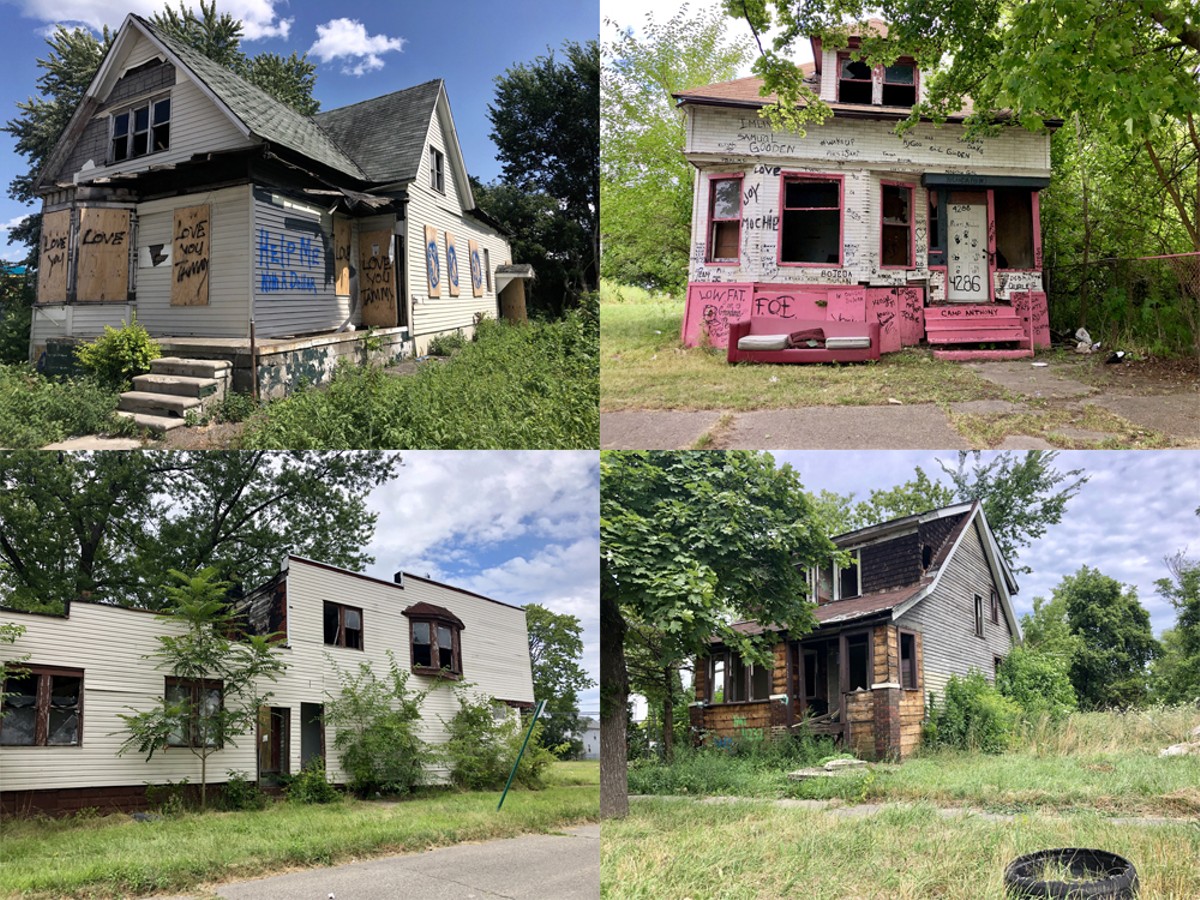 Upper left: The alleged “home base” of a suspected serial killer. Other nearby houses have not yet been boarded up by the city despite Mayor Mike Duggan's pledge to do so by the end of July.

Mayor Mike Duggan pledged to board up every vacant house on Detroit's east side by the end of July after police warned about a suspected serial killer luring his victims into abandoned homes.

But the plan fell far short of its goal. By early August, many vacant houses on the east side were still wide open. And of the homes that were boarded up, some were open to trespass because the plywood had been ripped off.

The ambitious effort began on June 7 at an abandoned house on Mack and Mt. Elliott, where the decomposed body of one of the victims, Tammy Jones, was found two days earlier. The suspect, Deangelo Martin, was also accused of beating and raping another woman at the same house, which he used as his home base, police said.

On Thursday, Metro Times discovered the house was open to trespass. The plywood that was sealing the front and side doors was peeled back on the house, which is located just blocks from the Heidelberg Project, a popular tourist destination. After Metro Times posted the story, city workers returned to the house to board it up again.

The house is on the city's demolition list, but no date has been set to raze it.

In Detroit, plywood does little to keep people out of vacant homes, which are havens for drug dealers, metal scrappers, and predators. That's why Detroit Public Schools sealed its abandoned buildings with metal panels.

Duggan announced his plan to board up homes at a news conference two days after Jones' body was discovered.

"It appears we may have a serial killer," Police Chief James Craig told reporters. 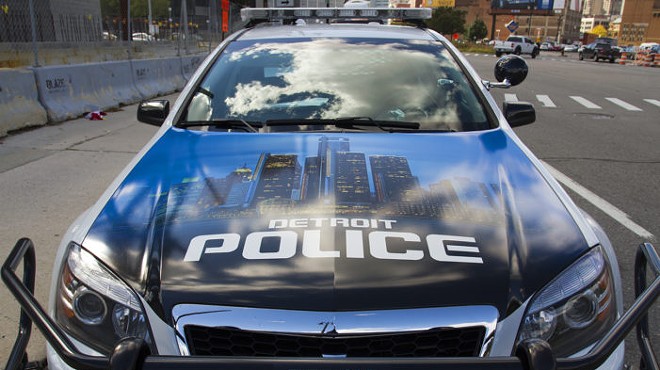 Search for serial killer: Detroit to board up vacant houses in areas of attacks

At the time, Duggan estimated there were about 1,000 vacant houses on the east side that needed to be boarded up. Police began searching abandoned homes to look for more victims, and after their search, temporary workers hired by the city nailed plywood to every open door and window.

"To turn back this violence, it's going to take our entire city — the police and the community together — to say once and for all that this violence is just not acceptable," Craig said.

Since then, about 900 houses have been boarded up, and the city expects to be finished by the end of August, mayoral spokesman John Roach tells Metro Times.

Roach blamed the delay in boarding up homes on flooding in the Jefferson Chalmers area on Detroit's east side.

"Workers had to be diverted for a few weeks to fill and place thousands of sandbags to address the flooding," Roach says.

On Sunday, Metro Times spent two hours driving on the city's east side to see whether the city met Duggan's goal of boarding up every vacant house. It quickly became clear that the city was far from done. In a section of the east side bounded by I-94, Charlevoix, East Grand Boulevard, and St. Jean, dozens of vacant houses were wide open, sometimes next to abandoned homes that had been boarded up.

Multiple houses were open to trespass on single blocks between East Warren and Mack Avenue.

On Crane street near Charlevoix, three children were playing outside of a row of vacant houses, some of which had not been boarded up.

"The city's got to do something," Jim Bryant, the children's uncle, tells Metro Times, saying the houses have been vacant "for as long as I can remember."

In about a month, the city plans to create a cell phone app to enable residents to report when plywood is removed from boarded-up houses. A week before police announced they suspected a serial killer had killed at least three people since March, Duggan announced a plan to ask voters to approve issuing a $200 million bond to demolish all of the city's vacant houses by 2024.

Since Duggan took office, the city has razed more than 15,000 houses.

The city has struggled with vacant homes for decades as the population continues to dwindle. The foreclosure crisis also led to mass vacancies.

The abandoned homes drive down property values, increase crime, and accelerate the exodus.

In May, a 16-year-old boy was walking to school when a predator pulled him into a vacant garage on the west side and sexually assaulted him.

It's alleged that "the defendant assaulted the juvenile, who escaped the abandoned garage, called 911 again and ran to another abandoned property," the Wayne County Prosecutor's Office said in a news release.

On June 3, a woman's burned body was found in the backyard of an abandoned house on the city's west side. Firefighters discovered the body after extinguishing the fire.

Martin, the suspected serial killer and rapist, has been charged with sexually assaulting two women who had survived the attacks. Police believe he killed at least three other women in vacant houses, but the case has not been sent to the prosecutor's office yet for charges.