Beware of this tiny alligator on the prowl in Macomb County 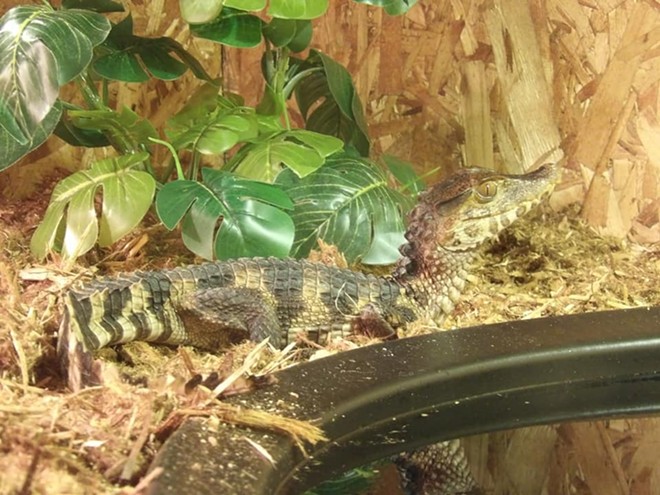 Authorities in Clinton Township are warning people to be on the look out for Georgie, a foot-long alligator that escaped from its owner about a week ago.

Well, technically Georgie isn't an alligator but a caiman, a related species native to Central and South America. And yes, they are illegal to own in Macomb County.

Apparently ol' Georgie escaped from his 20-year-old owner, who bought him online. He was last spotted around Lucerne and Lantz streets off of Little Mack Avenue between 15 Mile and 16 Mile Roads in Clinton Township.

Authorities are urging people not to approach the large lizard (well, large for a lizard, small for an alligator, which it is not) and instead keep an eye on it, and call either Macomb County Animal Control at 586-469-5115, or the local police at 586-493-7800.

Jeff Randazzo, Macomb County's chief animal control officer, told The Detroit Free Press that there are not yet plans to charge Georgie's owner, but if the reptile is found alive he will be sent to a sanctuary.

"We want to do right by the alligator," he told the paper. (Caiman, technically.)