As we uncover historic racism, this Shinola ad certainly stands out 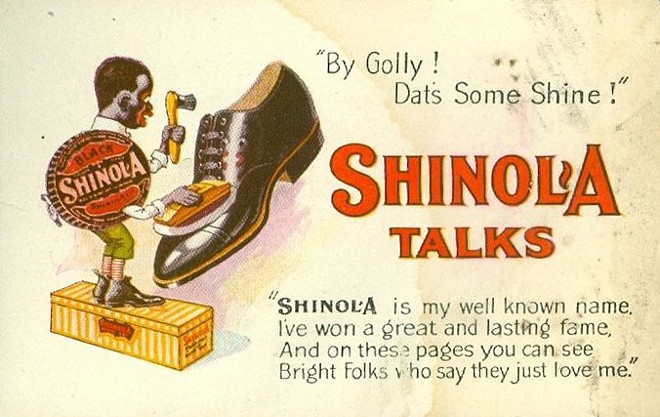 Old Shinola ad as seen online
Over the weekend, a friend sent along this image of an old ad for Shinola shoe polish — it's the same brand that was bought and recycled into the Detroit-based brand by venture capitalist Tom Kartsotis. Kartsotis has won praise for deftly taking a historic brand, divorcing it from its former identity, grafting it onto a new company, and weaving in the story of Detroit's comeback.

In a Washington Post piece, Northwestern University marketing professor Timothy Calkins told The Washington Post, "There's really nothing else like Shinola. It's a brilliant thing they did, this association with Detroit, a very authentic look and this authentic story. This is a very carefully constructed brand done by very savvy brand builders."

In fact, it's pretty hard to find any reporting on Shinola that doesn't offer some praise of Kartsotis and the man's intelligence. We believe them: He sounds like he's a smart, savvy businessperson who does his homework.

Which is why we were so stumped when we saw this ad. Certainly a gifted entrepreneur would know that there were some unsavory old advertisements that had been widely circulated.

In fact, we're late to the party. After a bit of searching, we found that the ad our pal sent us was already featured in a Voice of Detroit post that commented on the "associations of black shoe polish with racist black face caricatures of old."

Of course, the ad featuring the offensive caricature is from the era when Shinola was a shoe polish company based in Rochester, N.Y. But, as with so many discussions of the white supremacy underlying so many of today's statues, monuments, brands, names, and more, we are just scratching the surface. After all, many Michigan companies actually traded in this kind of imagery. What's more, many of these companies had deeply reactionary politics. But just looking online for a bit, we were able to find quite a lot of similar ads for companies long associated with our state. Scroll down for a look. 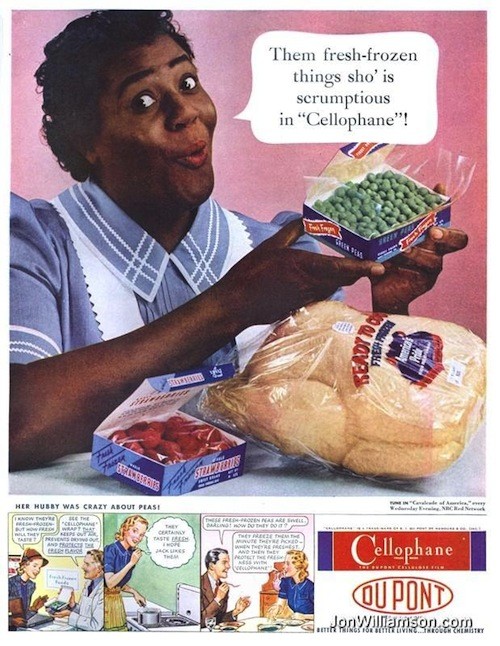 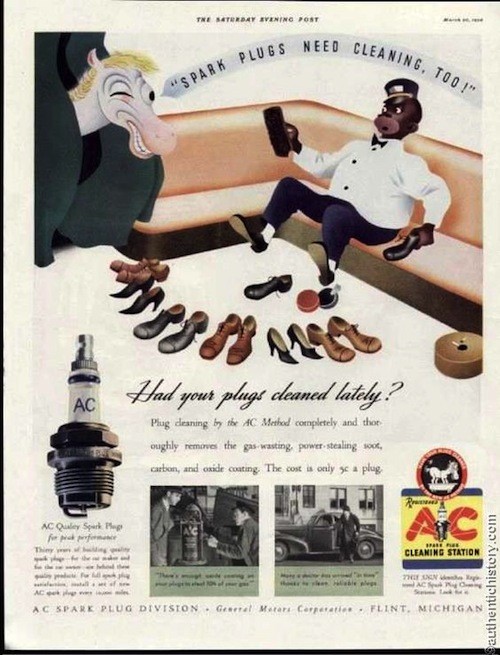 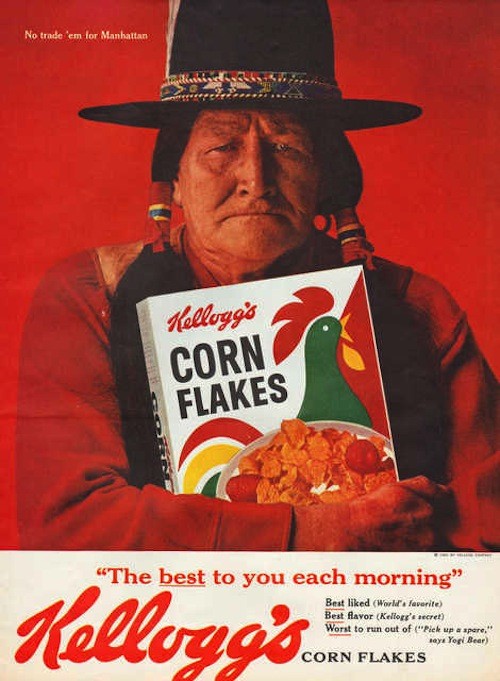 1962 ad for Michigan-based Kellogg's: "No trade 'em for Manhattan." 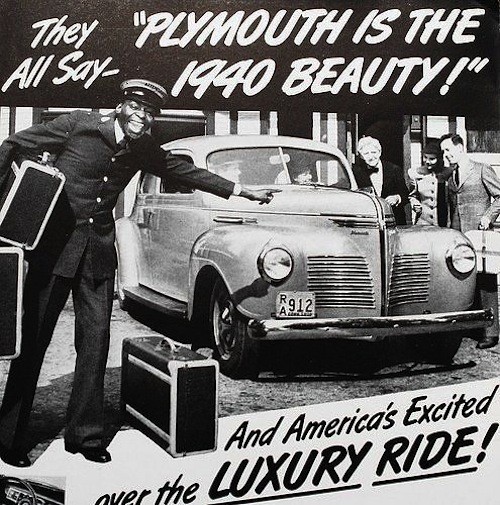