As the world burns, Michigan will be the place to be in 2050, expert says 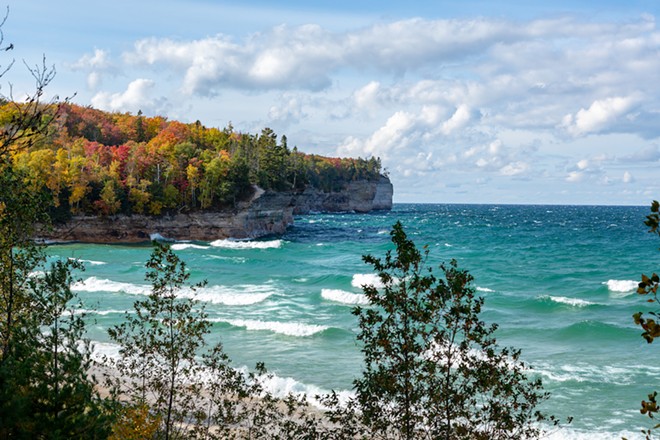 Shutterstock.com
Could Michigan be a safe haven for climate change? Some think yes.

Is it getting hot in here or is it just climate change?

In 2050, the answer to that question could likely be very clear — that is, if we don't lower carbon emissions by at least half by 2030. Otherwise, we're facing a dramatic warming increase (5.4 degrees Fahrenheit, as many experts estimate) by mid-century, which might not seem like a big deal when in fact it would, like, totally devastate the planet. We're talking brutal heat waves, wildfires, downpours, the complete erasure of coastlines, hot oceans — which means dead fish and no coral reefs — rising sea levels, and, well, it's likely that a quarter of the Earth's species could face extinction should we, you know, keep doing what where doing: jack shit.

Well, while the world gets hotter and humans continue to be complex shit bags, a globalization expert says that Michigan, of all places in the world, could be the place to be in 2050, per Michigan Radio.

Singapore-based geopolitics and globalization expert Dr. Parag Khanna, along with his colleague Greg Lindsay, neither of whom have any affiliation with Michigan other than Khanna, who has said he has visited maybe twice, believe that Michigan could be a "climate oasis" as we face an inevitable global migrational shift.

"Even though, of course, climate models already were pointing in the direction of the Great Lakes and Canada, they could also just as soon point you to Russia. So how do you narrow down from there?” he told Michigan Radio. "Well, you have to look at what are the geographies of political stability, economic opportunity, migration friendliness, and a wide range of other factors."

In his new book, Move: The Forces Uprooting Us, Khanna explores human geography and provides an academic assessment as to why the Great Lakes Region could be a haven as the world burns. Sure, we've got access to freshwater (like, lots of freshwater), but Khanna says our state is promising both economically and politically. He also thinks that Michigan's declining population will, eventually, reverse thanks to the potential of infrastructure investments that could lure people from all over the world.

"The fact that lots of people are moving to Phoenix right now and Austin right now and Miami right now does not mean that it's the right thing to do from an ecological standpoint. It's simply the right thing to do if you're an individual decision maker looking for low taxes and a sunny place," he said. “But it doesn't mean that the climate can support it as climate change accelerates at the end of the day."

So, what the hell do we do? Khanna says "the climate has its say, and we have to obey it."

While he may have caught some heat when he suggested spending money on getting everyone a plane ticket to Michigan rather than spending billions repairing power lines in Louisiana each year that will, inevitably, be destroyed by hurricanes, as he recently hypothesized in The Washington Post, Khanna's proposed solutions come down to politics and thinking big: bipartisan agreements on infrastructure, bringing supply chains home, and creating "an enabling environment that unlocks more private investments."

However, the climate crisis is more than infrastructure, politics, and, hell, even lowering emissions — it's about the people currently coping with the damage that has already been done and will be near to impossible to undo.

"... As much as I agree that we need to have some context for mitigation for reducing emissions, and so forth, I am also keenly aware as are all of you that every single day even as we try and move towards controlling emissions and reducing emissions, hundreds of millions of people are affected, very perniciously, by the effects of climate change,” Khanna said in a recent webinar.

"Even if we were to stop all greenhouse gas emissions today, the accumulated effects of climate change that are baked into our atmosphere are going to continue to have very negative impacts long into the future. A place that has drought today, will likely have drought tomorrow," he continued. "It’s already unlivable today, and we’re not doing enough to help those people adapt."